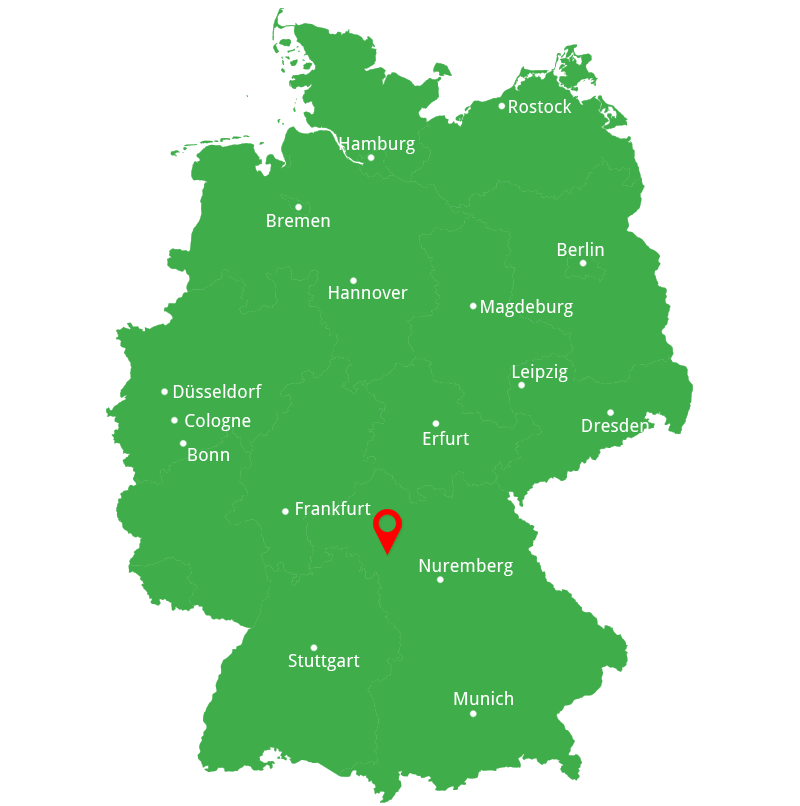 This UNESCO World Heritage Site was the home of prince-bishops for many years, having been built by Johann Philipp Franz von Schönborn to replace a previous palace that wasn’t deemed worthy enough. He used his own money to have a new palace built which would offer the same splendour as Versailles and Schönbrunn. It features the largest ceiling painting in the world, has a room where Napoleon slept during frequent visits and can be seen in the film The Three Musketeers.

As well as the beautifully decorated rooms, the Residence Palace is home to the Martin-von-Wagner Museum, which holds the University of Wurzburg’s collection of Egyptian antiques and art from between the 14th and 19th centuries.

Discover more
Did you know?
Unique City
Special Events
Discover seasonal events
Würzburg Christmas Market
Würzburg Christmas markets are tailor made for visitors who enjoy holidays and short breaks to the German Christmas markets.
Find out more
No items found.
Stay at Local
Maritim Hotels
Our preferred European hotel partner
Würzburg
Subscribe to our Tours & Land Holidays offers
JOIN NOW
Thank you! Your submission has been received!
Oops! Something went wrong while submitting the form.
Book Your
Excursions
By clicking an excursion below, you will be taken to the website of our booking partner Viator. Viator is a TripAdvisor company and reservations made using this link will be made directly with Viator. Full terms and conditions apply.
Inspiration & Advice
Our Blogs
Find plenty of tips, advice and news stories in our weekly blog posts.
3 Ways To Enjoy Wine In Würzburg
Würzburg is an ideal choice if you’re looking to keep the wine flowing throughout your trip. So, here are three ways to ensure your glass is more than half full.
READ MORE
4 New European UNESCO World Heritage Sites For 2017
UNESCO has added 21 new sites to its World Heritage list this year, including the Lake District. So, which places in Europe can now boast this important honour?
READ MORE
The 4 Best Sights Of Regensburg’s UNESCO-Listed Old Town
Featuring architecture from the 9th-13th century (& the Roman era), Regensburg’s Old Town is listed as a World Heritage Site by UNESCO. Here's what you can see.
READ MORE
Untold UNESCO: European World Heritage Sites You Never Knew Existed
There are UNESCO World Heritage sites all over Europe, but here are few that you will have never heard of and which are well worth a visit.
READ MORE