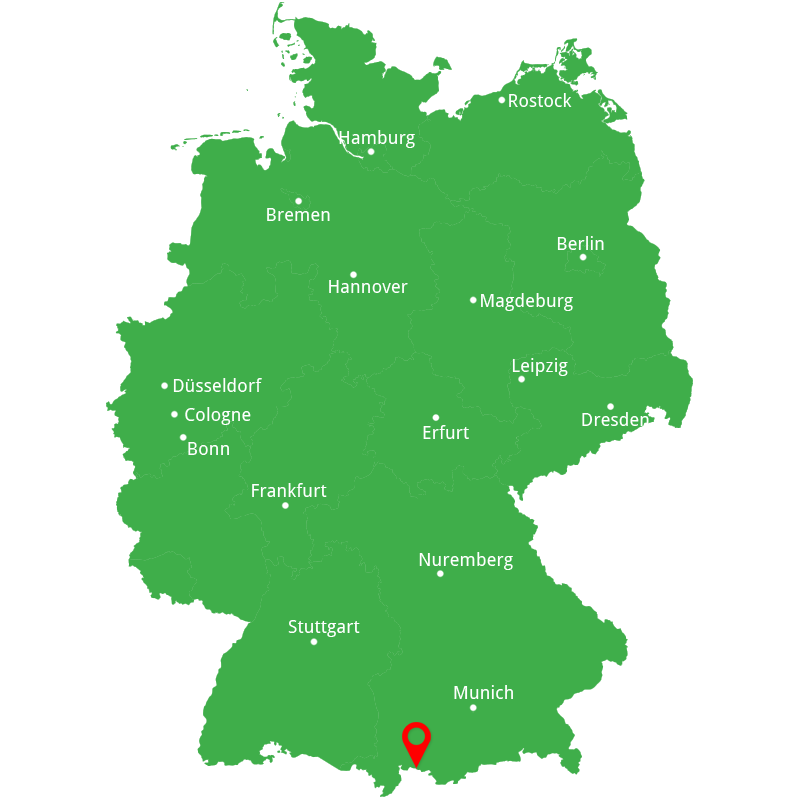 The setting of the 19th century Neuschwanstein Castle, on a rugged hill near Füssen in south-west Bavaria, could not be more idyllic. The castle was commissioned by King Ludwig II of Bavaria as his refuge and as a homage to Richard Wagner, his inspirational muse. Ludwig II never saw his new castle completely finished. Seven weeks after his death in 1886, Neuschwanstein Castle was opened to the public. The shy king had built the castle in order to withdraw from public life, but these days, vast numbers of people come to view his private retreat.

Today, it is one of the most popular palaces and castles in Europe and is one of Germany's most visited tourist attractions. In the summer months, around 6,000 visitors a day stream through rooms that were intended for a single inhabitant. The palace has appeared in several movies and was also Disney's inspiration for the 'Sleeping Beauty Castle'. Behind the medieval appearance of the castle, King Ludwig II made sure, that the latest technology was in operation such as hot air central heating, running water, toilets with an automatic flush and even telephones.

Discover more
Did you know?
Unique City
Special Events
Discover seasonal events
No items found.
No items found.
Stay at Local
Maritim Hotels
Our preferred European hotel partner
No items found.
Subscribe to our Tours & Land Holidays offers
JOIN NOW
Thank you! Your submission has been received!
Oops! Something went wrong while submitting the form.
Book Your
Excursions
By clicking an excursion below, you will be taken to the website of our booking partner Viator. Viator is a TripAdvisor company and reservations made using this link will be made directly with Viator. Full terms and conditions apply.
Inspiration & Advice
Our Blogs
Find plenty of tips, advice and news stories in our weekly blog posts.
How To Visit Neuschwanstein Castle
One of Germany's most popular attractions lies off the beaten path and away from the main cities. So, what's the best way to visit?
READ MORE
Visit These Disney Film Settings In Real Life With Fred.\ Holidays
Disney often draws inspiration from real life, so there are ways of visiting the homes of your favourite characters. Here’s how you can with Fred.\ Holidays.
READ MORE
10 Things You Didn’t Know About The Romantic Road
The Romantic Road is a tourist route that stretches through southern Germany between Würzberg and Füssen. It is one of the most popular in the country.
READ MORE
3 Bavarian Castles To Admire
Bavaria has some great examples that are available for the public to explore, giving you an insight into the role they played in Germany’s past.
READ MORE