If you are travelling to Berlin and hope to visit Potsdam during your stay, a Berlin Welcome Card is a great choice. It offers discounts of up to 50% off many Berlin and Potsdam attractions (including the palaces) and gives you free transport around and between the two locations. 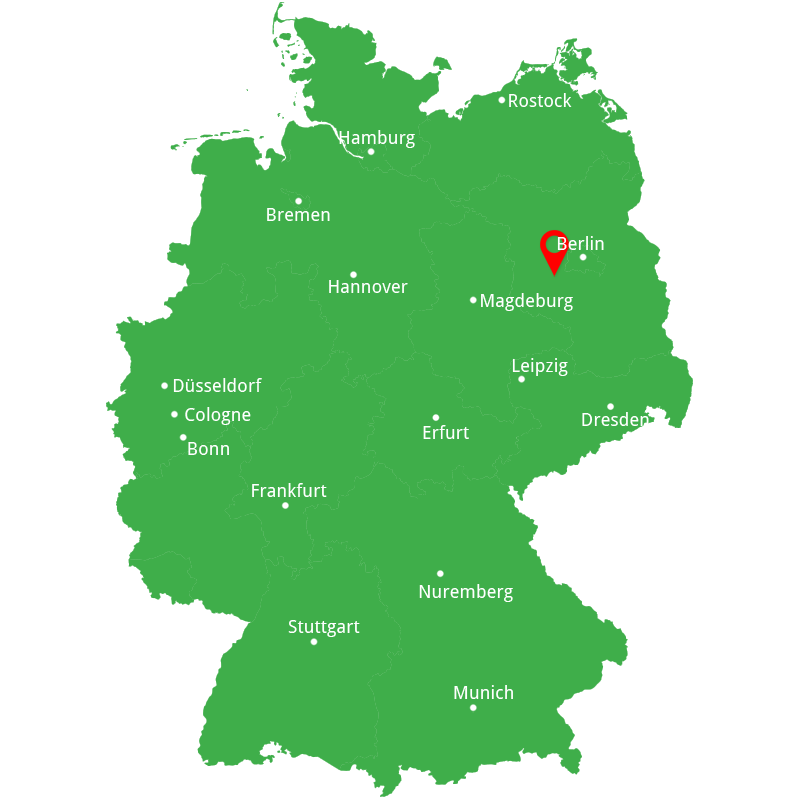 Potsdam is the state capital of Brandenburg in Germany. It has a unique landscape characterised by tranquil, meandering waterways, pristine nature and historic towns, and is very near to the buzzing capital of Berlin.

Here you will find a magnificent collection of palaces and parks that were built by Prince Frederick William to highlight his prestige. Deciding that the German capital didn’t have the scope for what he was planning, he found the perfect piece of land close by and Potsdam was born. Later, in the 19th century, landscape architect Peter Joseph Lenné sculptured the land in such a way to unite the palaces, gardens and the town.

The UNESCO World Heritage Site includes the Sanssouci Palace and its English gardens, Cecilienhof Palace and Babelsberg Palace. Sanssouci, meaning ‘without care’, is where Frederick the Great would spend his summers, whilst Cecilienhof is the last palace of the Hohenzollern family and was the setting for the signing of the Potsdam agreement by Joseph Stalin, Harry S. Truman and Clement Attlee.

Without a doubt, Potsdam is one of the most beautiful cities in the world. Sanssouci Park, with its magnificent palaces and botanical garden, is an impressive centrepiece. A mixture of architecture including Dutch and Russian make this an unusual city. Don't forget to see the Glienicke Bridge, scene of exchanges of spies during the Cold War and focal point of the 2015 film 'Bridge of Spies'.

Today, the city's reputation as a lively cultural centre is enhanced by the fascinating architecture of historical districts such as the Dutch Quarter, with its gabled red brick houses; the exclusive residential area of Babelsberg, with its neo-Gothic castle; and the Filmpark Babelsberg, Germany's one-time response to Hollywood.

World-famous rococo palace with glorious interiors and surrounded by a large park.

Built as the summer residence of the royal family, the late-baroque palace is one of the most impressive buildings in the Sanssouci park area.

A rustic English-style country manor and the site where Stalin, Truman and Churchill held their Potsdam Conference in 1945.

Germany's one-time answer to Hollywood. Shooting began in 1912 with silent-movie epics such as Fritz Lang's 'Metropolis'.

Classy and popular Italian restaurant with impressive chandeliers and a gallery overlooking the main floor.

This restaurant serves regional dishes and has a wine bar, beer garden and cocktail bar.

A fantastic spot for cakes and confectionery but also serves a varying menu of savoury dishes.

Serving the best cocktails in town in classy red surroundings.

You will find the city's main shopping districts in Potsdam's baroque Old Town and in the centre of Babelsberg district. Discover Brandenburger Straße pedestrian zone with its many high street shops and stylish boutiques. From here, it is only a short walk to the Dutch Quarter, the location for many art galleries and fashionable boutiques.

Discover more
Did you know?
Unique City
Special Events
Discover seasonal events
Potsdam Christmas Market
Potsdam Christmas markets are popular breaks for families and couple holidays at festive German Christmas markets.
Find out more
No items found.
Stay at Local
Maritim Hotels
Our preferred European hotel partner
No items found.
Subscribe to our Tours & Land Holidays offers
JOIN NOW
Thank you! Your submission has been received!
Oops! Something went wrong while submitting the form.
Book Your
Excursions
By clicking an excursion below, you will be taken to the website of our booking partner Viator. Viator is a TripAdvisor company and reservations made using this link will be made directly with Viator. Full terms and conditions apply.
Inspiration & Advice
Our Blogs
Find plenty of tips, advice and news stories in our weekly blog posts.
7 Things For Foodies To Do In Germany
From Bavaria to Brandenburg, Germany is home to some exciting, enticing and often quirky culinary attractions. Here are just a few to look out for.
READ MORE
The Ease Of Travelling To And In Germany
Although we like to pretend we don’t, Britons secretly love Germany & its holiday destinations. Here’s how simple it is to get to and around.
READ MORE