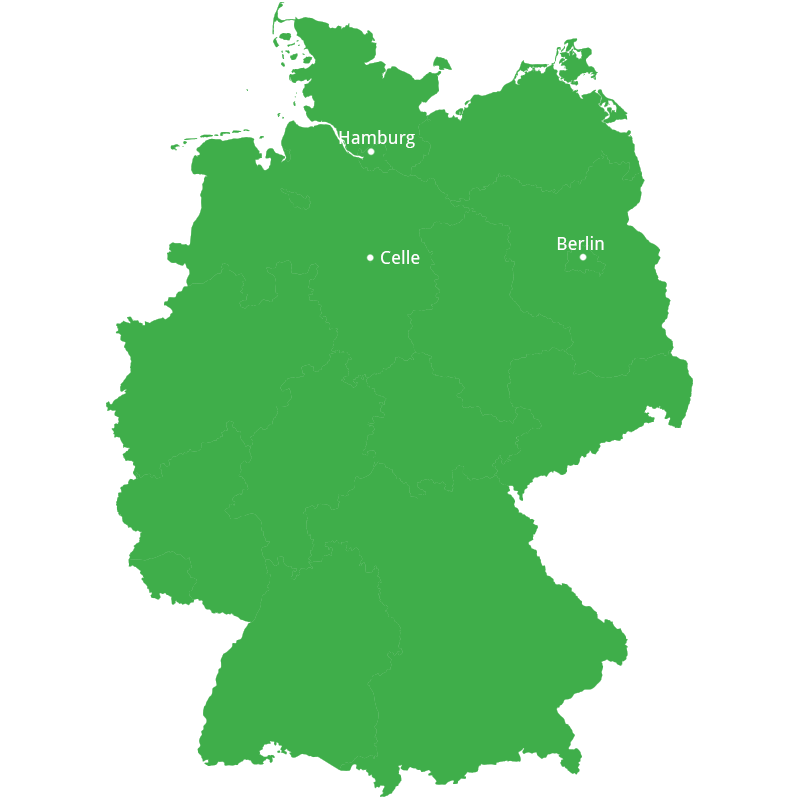 Germany's capital is a city of culture and history. Berlin city breaks offer an abundance of things to see and do. Visit one of the many art museums located around the city or, if art isn't your thing, relax with a beer and a traditional bratwurst sausage that can be purchased from the many delis and butchers located around this captivating city. The annual Berlin Christmas Market is popular with visitors who come to enjoy the culinary delights these local chefs have to offer.

The impressive buildings give way to a leafy oasis of gardens and lakes, ideal for a picnic with friends or a relaxing break from touring the city's many architectural monuments. Berlin is a must for history lovers; everything from National Socialism to the post-war divide is present in the memory and etched into the cityscape.

For those keen to spend a few Euros, Berlin has something for everyone. KaDeWe, the biggest department store in continental Europe, and the new designer boutiques along the Friedrichstraße are well worth a visit. Berlin, one of the most popular tourist destinations in Europe, is an ideal city break location.

The legendary Brandenburg Gate and the glass-domed Reichstag are highly recommended alongside contemporary attractions like the bustling Potsdamer Platz. The Potsdamer Platz is one of the most creative complexes in the capital, attracting up to 100,000 visitors a year and a popular attraction for those looking for an active break. A hive of originality and variety, people come to the square to experience the combination of shopping, entertainment and artistic flair on show. Berlin is popular with those on nearby Potsdam City Breaks, as the city's good rail links and bus routes offer ease of travel in and around the city.

For a more in-depth look at the city, check out our definitive guide to a Berlin city break.

Visit the remains of the Berlin Wall (East Side Gallery and Checkpoint Charlie), the world famous Field of Steles with its Information Centre 'Memorial to the Murdered Jews of Europe', and the Jewish Museum to learn about Jewish life in Germany

Berlin's most beautiful avenue leading from Pariser Platz at the Brandenburg Gate to the Schlossbrücke.

A splendid baroque palace with a park built as a summer residence for Queen Sophie Charlotte, the wife of Frederick III.

One of Europe's most beautiful squares with the German and French Cathedral.

Venture to the top of the Reichstag glass dome in the centre of Berlin's governmental district.

Stand in a hot spot of the Cold War, the location of the famed tower that symbolised East-West tension.

Visit the colourful remains of the Berlin Wall.

Germany's most iconic monument was once a symbol of a divided city but now stands as a tribute to peace and unity. As you cross from one side to the other, escape the noise of the city in the 'Room of Silence'.

As well as being one of Germany's largest urban green spaces, the Tiergarten is home to the largest zoo in Europe (which recently received two pandas). You can stroll along the many paths, visit the Bellevue Palace or sit in the charming Café am Neuen See.

Speaking of green spaces within the city, Berlin has turned the abandoned Tempelhof Airport into a trendy place to hang out. Locals and tourists come here to ride their bikes, have a picnic, fly a kite or walk their dog.

This tour will give you an insight into the history of Berlin, from rule under the Prussian kings, through Hitlers' Third Reich, to the Cold War. You will visit the Berlin Wall and the former Death Strip, the site of Hitler's Bunker and the new bunker excavations, Checkpoint Charlie, the Reichstag with its glass dome, Victory Column, Brandenburg Gate and Potsdamer Platz, as well as the twin cathedrals on Gendarmenplatz, Museum Island, Palast der Republik, Berliner Dom, Unter den Linden and many more sights. Prices start at £12pp (3 hours 45 minutes including guide.)

This tour offers an ideal way to explore the city of Berlin and visit the main tourist highlights in one day. You will see sights such as; the Kaiser Wilhelm Memorial Church, Potsdamer Square, the Town Hall, Fernsehturm, Unter Den Linden, the Brandenburg Gate, the Victory Column, Charlottenburg Palace and many more. Make as many stops as you like and continue your trip on the next available bus. Your ticket is valid for a full day during the hours of operation. Prices start at £18pp including coach transport.

Popular with actors and politicians, this true Berlin institution is particularly famous for its delicious Wiener Schnitzel.

This lovely Art Nouveau building with its idyllic garden is extremely popular for a light lunch or afternoon tea.

A traditional and world-renowned café-restaurant with a fantastic terrace.

Eat a currywurst (sausage) at Curry 36

Discover over 200 varieties of chocolates and truffles.

This giant food market will give you hunger pangs even if you have only just eaten your lunch. There is a wide range of local and European producers offering delicious treats to eat now or take home with you.

Friedrichstraße boulevard exudes a flair of the twenties. With its newly decorated buildings, exclusive offices and coffee shops, visitors will discover a slice of New York in the heart of Berlin.

This traditional shopping boulevard offers a huge number of shops and department stores very close to each other.

The Hackescher Markt and its courtyards are a must-see for Berlin visitors. Here, you will find a huge variety of unique art and fashion stores as well as many restaurants and bars.

A visit to the Nikolaiviertel, a district reconstructed in the style of the Middle Ages, is a very special experience. Besides many museums and the beautiful Nikolai Church, the area offers numerous small souvenir and antique shops.

This huge luxury department store was established nearly a century ago. A special highlight is the food section located on the sixth floor where you can find a variety of more than 1,000 German sausages together with a vast choice of delicacies from all over the world.

Here, you will find Paris in Berlin. This modern department store was designed by Jean Nouvel and boasts a spectacular interior. The French food department is an absolute must.

The Prenzlauer Berg district is one of the most visited areas at night. Here, you will find world cuisine restaurants and numerous bars and pubs.

With its many famous restaurants, bars and clubs, this part of Berlin is one of the most popular spots in Berlin. Around the corner in the lively Mitte district where you will find numerous bars, restaurants, art galleries and theatres (i.e. Oranienburger Strasse).

A lively area full in Berlin's Charlottenburg district buzzing with bars and restaurants.

One of Berlin's upmarket areas with first-class restaurants and exclusive bars.

In the small alleyways of the historical Nikolaiviertel district you will find plenty of traditional wine taverns and pubs serving local cuisine.

Around a third of Berlin is made up by green spaces (parks, lakes, forests), giving you plenty of space for outdoor activities such as cycling and kayaking.

Unique City
Special Events
Discover seasonal events
Berlin Christmas Market
Berlin Christmas markets are popular events with holidays and breaks available at popular German Christmas markets.
Find out more
Berlin Beer Festival
The Berlin Beer Festival starts during the first weekend in August; the longest beer garden in the world opens its doors in the heart of Germany's capital
Find out more
Stay at Local
Maritim Hotels
Our preferred European hotel partner
Hotel Berlin
ProArte Hotel Berlin
Subscribe to our Tours & Land Holidays offers
JOIN NOW
Thank you! Your submission has been received!
Oops! Something went wrong while submitting the form.
Book Your
Excursions
By clicking an excursion below, you will be taken to the website of our booking partner Viator. Viator is a TripAdvisor company and reservations made using this link will be made directly with Viator. Full terms and conditions apply.
Inspiration & Advice
Our Blogs
Find plenty of tips, advice and news stories in our weekly blog posts.
4 New Museum Experiences In Berlin
Berlin is rich in history and culture, with new experiences opening all the time. Here are four exciting museums you can enjoy in 2017.
READ MORE
5 Ways To Stay Cool In Berlin This Summer
In one sense of the word, Berlin is always cool. But, in order to be cool in the other sense of the word, you might want to try some of these activities.
READ MORE
The Definitive Guide To A Berlin City Break
Here is everything you need to know when embarking on a city break to Germany's capital, Berlin.
READ MORE
Unlock The German Capital With Your Free Berlin Welcome Card From Fred.\
Enjoy free travel and discounts for over 200 experiences with a free Berlin Welcome Card from Fred.\.
READ MORE