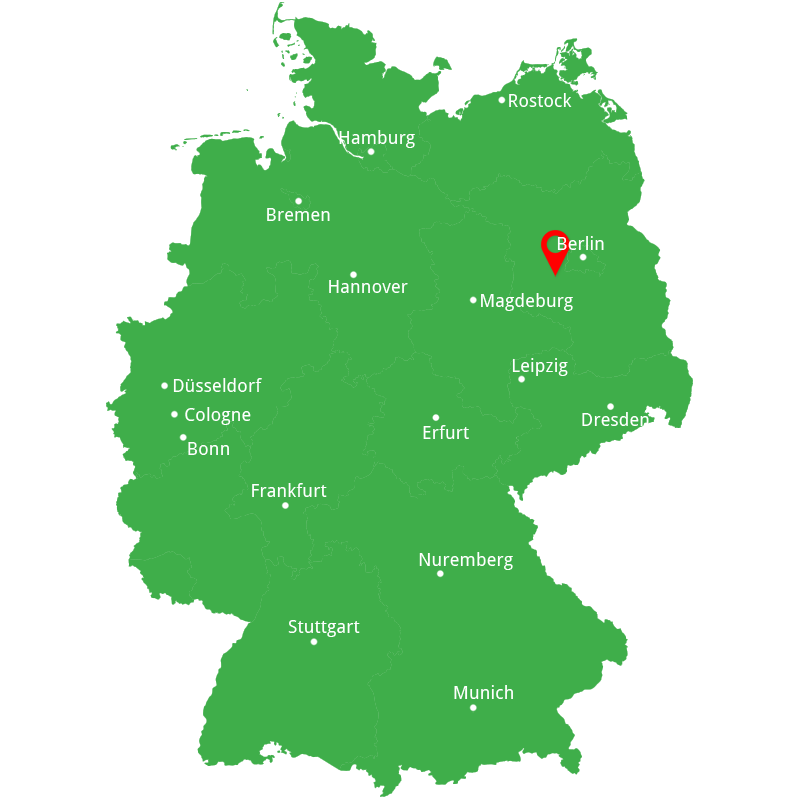 The Sanssouci Palace in Potsdam, near Berlin, was built as the former summer residence of Frederick the Great, King of Prussia. Although Sanssouci is built in a more intimate Rococo style and far smaller than its French Baroque counterpart Versailles, the Palace is also outstanding for its numerous temples and sites in the park. I was intended to fulfil King Frederick's need for a private residence where he could relax away from the pomp and ceremony of the Berlin court.

This is underlined by the palace's name: a French phrase (sans souci) which translates loosely as 'without worries' or 'carefree' symbolising that the palace was a place for relaxation rather than a seat of power. The influence of King Frederick's personal taste in the design and decoration of the palace was so great that its style is characterised as 'Frederician Rococo', and his feelings for the palace were so strong that he conceived it as 'a place that would die with him'.

Following the German reunification in 1990, Frederick's final wish was accomplished: his body was finally returned to his beloved palace and buried in a tomb overlooking the Palace Gardens. Sanssouci and its extensive landscaped park became part of the World Heritage Site of Berlin and Potsdam Palaces and Castles in 1990 under the protection of UNESCO.

Discover more
Did you know?
Unique City
Special Events
Discover seasonal events
Potsdam Christmas Market
Potsdam Christmas markets are popular breaks for families and couple holidays at festive German Christmas markets.
Find out more
No items found.
Stay at Local
Maritim Hotels
Our preferred European hotel partner
No items found.
Subscribe to our Tours & Land Holidays offers
JOIN NOW
Thank you! Your submission has been received!
Oops! Something went wrong while submitting the form.
Book Your
Excursions
By clicking an excursion below, you will be taken to the website of our booking partner Viator. Viator is a TripAdvisor company and reservations made using this link will be made directly with Viator. Full terms and conditions apply.
Inspiration & Advice
Our Blogs
Find plenty of tips, advice and news stories in our weekly blog posts.
6 Alternative Palaces To Visit In Europe
Palaces such as Versailles, Schönbrunn, Sanssouci are all breathtaking royal residences, but they are not the only ones worth visiting in Europe.
READ MORE
3 Bavarian Castles To Admire
Bavaria has some great examples that are available for the public to explore, giving you an insight into the role they played in Germany’s past.
READ MORE