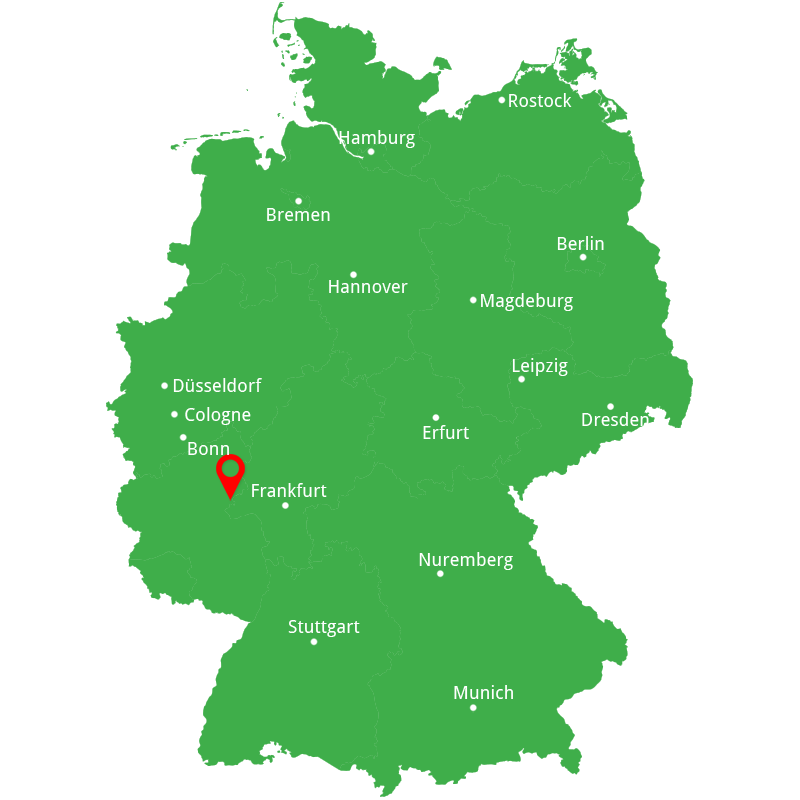 Koblenz, a 2000-year-old Roman city in Germany, is located on the famous Deutsches Eck (German corner), between two famous rivers, the Rhine and the Moselle. The city has a lot of narrow, old lanes and alleyways surrounded by cultural monuments and historic buildings. It is also famous for its pretty River Rhine promenade.

The Deutsches Eck (German Corner) got its name in the 13th century after the Teutonic Order of Knights settled here at the confluence of the Rhine and Moselle. The Kaiser Wilhelm monument stands here, serving as a memorial to German Unity from 1953 until the reunification in 1990.

This building dates from the end of the 12th century and is the church where the sons of Ludwig the Pious negotiated the division of the Franconian Empire in 842, which led to the Treaty of Verdun in 843.

The Ehrenbreitstein Fortress overlooks the Rhine as it stands 118 metres high. It is located opposite the River Rhine and was built around the year 1000.

This restaurant is richly accessorised, with backlit bars lighting up like displays in an art museum. It also contains replicas of Da Vinci's most famous art.

Koblenz houses various shops, restaurants and cosy bars in the city centre surrounded by a historic atmosphere. The town's main shopping area is the Löhr Centre.

Many pubs are located on Florinsmarkt. Club Abaco is a night club offering a live DJ and is very popular with young people. The Irish Pub in Koblenz is always crowded and offers good entertainment for every age.

Discover more
Did you know?
Unique City
Special Events
Discover seasonal events
Koblenz Christmas Market
Koblenz Christmas markets are tailor made for family holidays and couples breaks to the German Christmas markets.
Find out more
No items found.
Stay at Local
Maritim Hotels
Our preferred European hotel partner
No items found.
Subscribe to our Tours & Land Holidays offers
JOIN NOW
Thank you! Your submission has been received!
Oops! Something went wrong while submitting the form.
Book Your
Excursions
By clicking an excursion below, you will be taken to the website of our booking partner Viator. Viator is a TripAdvisor company and reservations made using this link will be made directly with Viator. Full terms and conditions apply.
Inspiration & Advice
Our Blogs
Find plenty of tips, advice and news stories in our weekly blog posts.
7 Things For Foodies To Do In Germany
From Bavaria to Brandenburg, Germany is home to some exciting, enticing and often quirky culinary attractions. Here are just a few to look out for.
READ MORE
The Ease Of Travelling To And In Germany
Although we like to pretend we don’t, Britons secretly love Germany & its holiday destinations. Here’s how simple it is to get to and around.
READ MORE