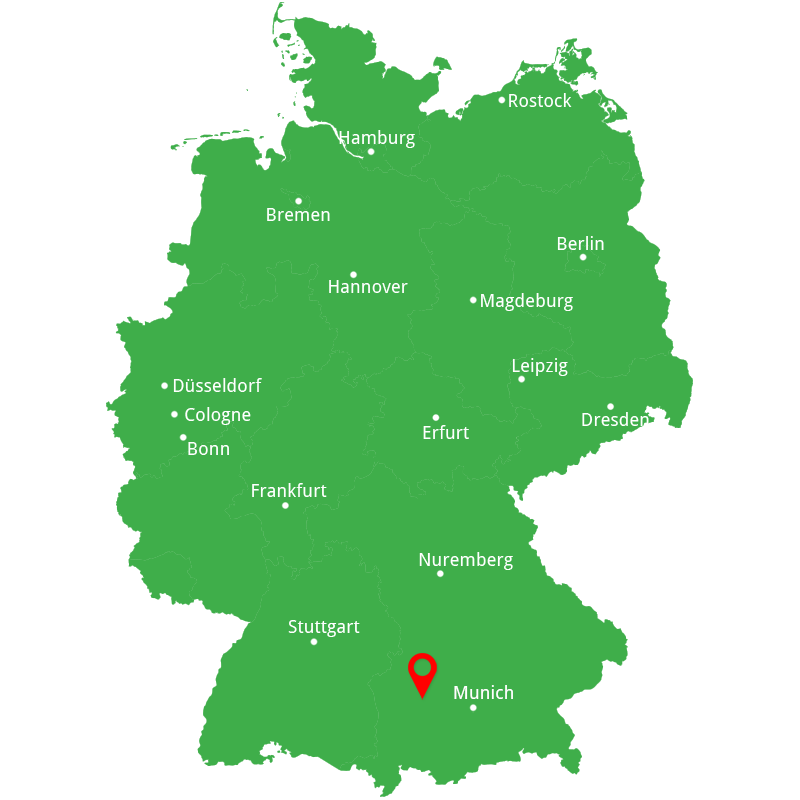 Located approximately 30 minutes from Munich, this Bavarian city was once the 'Wall Street of Europe'. Famous for its architecture, 'Augsburg style' became an actual term to describe an abundant style of construction typified by ornate silvers and golds. The Augsburg Rathaus (City Hall) was described as the 'the most significant Renaissance secular building north of the Alps'. It was almost completely destroyed during WWII but has been painstakingly restored to its former glory.

Anyone with an appreciation for classical music will love Augsburg as it was here that Mozart's legacy was founded. Visitors can stop at Mozarthaus, a small museum located in the actual house where Wolfgang Amadeus Mozart was raised by his father Leopold. As a Bavarian city, Augsburg also has a longstanding beer tradition - be sure to visit the Riegele brewery, one of the world's oldest.

The house of Leopold Mozart (museum) is one of the most attractive sights as well as the Fugger banking centre museum and an impressive number of both Catholic and Protestant churches dating back to the 9th century. Another interesting sight is the famous marionette theatre.

The Bistro 3M is a French restaurant located in the Steigenberger. It serves tasty and hearty cuisine and everything is prepared by experienced chefs.

This restaurant is a noble establishment and is located not far away from Königsplatz in the city centre.

Offering a hearty and rustic atmosphere, this hotel invites you to try Bavarian and Swabian cuisine. They also have a large choice of different beers and wines.

This street is the pedestrian precinct of Augsburg and has large department stores as well as famous chains.

Maximilianstrasse is one of the most favourite streets in the city due to its beautiful Renaissance and baroque buildings.

This glass-roofed shopping arcade is located in the south-east of the Old Town. It houses more than 100 specialists shops on two floors.

The Commerzienrat is a bar that gives you a great German experience. You might not even notice it when walking down the street but it is definitely worth a visit.

This nightclub is a favourite place for lots of visitors. It has large dance floors. great DJs and a crazy light show.