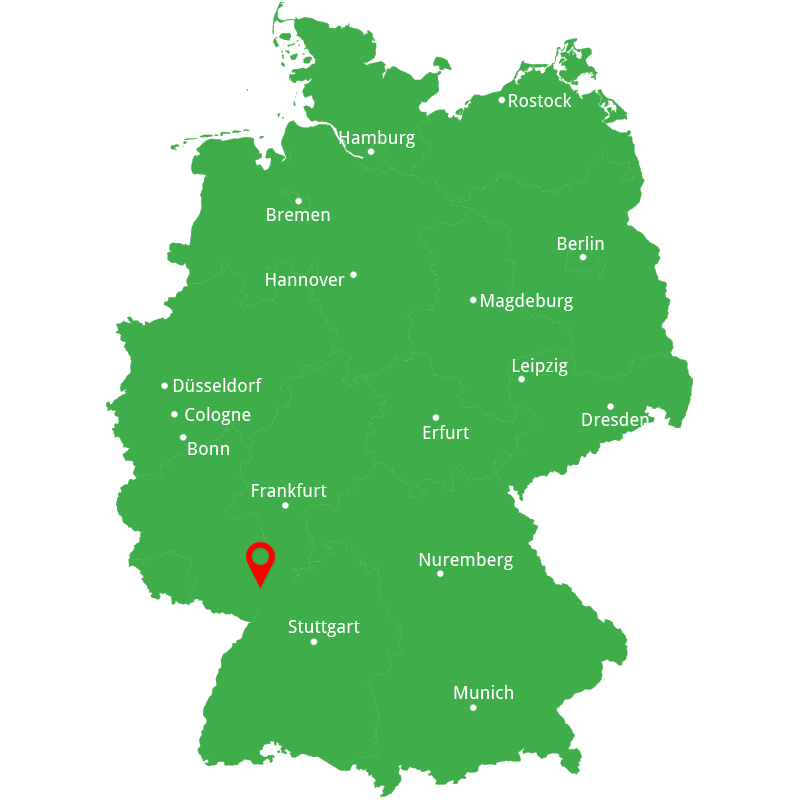 Speyer is home to the largest Romanesque cathedral in the world – the main attraction in a city given World Heritage status. This impressive structure is the final resting place of eight Holy Roman emperors and German kings including Friedrich Barbarossa and Heinrich IV.

Speyer was once one of the most important settlements located along the Rhine and has had many claims to fame over more than 2,000 years of history. Not only did it witness the separation of the Catholic and Protestant churches in 1529, but it is also Rhineland Palatinate’s starting point for the pilgrimage known as the Way of Saint James. The journey takes people to Santiago de Compostela in Northern Spain.

Discover more
Did you know?
Unique City
Special Events
Discover seasonal events
No items found.
No items found.
Stay at Local
Maritim Hotels
Our preferred European hotel partner
No items found.
Subscribe to our Tours & Land Holidays offers
JOIN NOW
Thank you! Your submission has been received!
Oops! Something went wrong while submitting the form.
Book Your
Excursions
By clicking an excursion below, you will be taken to the website of our booking partner Viator. Viator is a TripAdvisor company and reservations made using this link will be made directly with Viator. Full terms and conditions apply.
Inspiration & Advice
Our Blogs
Find plenty of tips, advice and news stories in our weekly blog posts.
Celebrating The Rhineland’s Fifth Season
As sure as spring follows winter, the Rhineland areas of Germany save their most feverish celebrations for what is known as the ‘fifth season’.
READ MORE
6 Things To Do In Rhineland-Palatinate Whilst Waiting For Santa Claus
The romantic Rhineland-Palatinate region of Germany lends itself perfectly to a pre-Christmas break. Here are just a few things to do whilst you're there.
READ MORE
Discovering Roman Monuments In Germany’s Oldest City
Dating back to the first century BC, when it was settled by the Romans, Trier is often considered to be the oldest city in Germany. Here are some of the Roman ruins that shouldn’t be missed on a trip to this historical treasure trove.
READ MORE
5 More Tourist Routes Through Germany
Each one of these mapped-out pathways showcases a different aspect of German culture or history, giving you an interesting way to explore the country off the beaten track.
READ MORE