0800 035 0711
0800 988 3369
Home
/
Destinations
/
Germany
/
Schwerin Castle
Travel to...
Schwerin Castle
Schwerin's unique landmark, the neo-Gothic Castle, is situated on an island in Lake Schwerin and was built around the chapel of a 16th-century ducal palace. 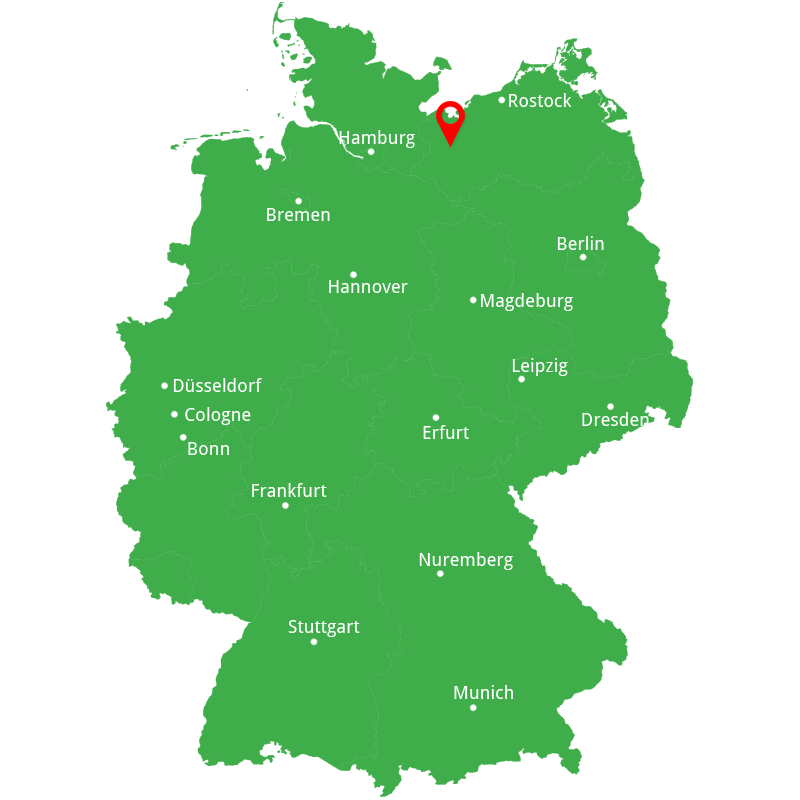 Schwerin's unique landmark, the neo-Gothic Castle, is situated on an island in Lake Schwerin and was built around the chapel of a 16th-century ducal palace. The castle is guarded by a statue of Niklot, an early Slavic prince, who was defeated by Henry the Lion in 1160. The huge, graphic picture of his death is a highlight of the castle interior, whilst the Palace Chapel is an architectural gem. It was built between 1560-1563 as the first specifically constructed protestant church in the area. A neo-Gothic chapel, with imposing stained glass windows, was added in the 19th century.

The Castle Garden was laid out in English style with the Orangerie as its centrepiece. Today, the castle is the seat of the government and houses the Parliament of the federal state of Mecklenburg- Western Pomerania as well as the impressive Castle Museum. Visitors to Schwerin will hardly be able to resist the attraction of the castle with its multiplicity of towers and turrets and its many diverse façades. With the surrounding parks and gardens, it presents itself as the largest and most important modern palace site in this part of Germany.

Discover more
Did you know?
Unique City
Special Events
Discover seasonal events
No items found.
No items found.
Stay at Local
Maritim Hotels
Our preferred European hotel partner
No items found.
Subscribe to our Tours & Land Holidays offers
JOIN NOW
Thank you! Your submission has been received!
Oops! Something went wrong while submitting the form.
Book Your
Excursions
By clicking an excursion below, you will be taken to the website of our booking partner Viator. Viator is a TripAdvisor company and reservations made using this link will be made directly with Viator. Full terms and conditions apply.
Inspiration & Advice
Our Blogs
Find plenty of tips, advice and news stories in our weekly blog posts.
3 Bavarian Castles To Admire
Bavaria has some great examples that are available for the public to explore, giving you an insight into the role they played in Germany’s past.
READ MORE
The Ease Of Travelling To And In Germany
Although we like to pretend we don’t, Britons secretly love Germany & its holiday destinations. Here’s how simple it is to get to and around.
READ MORE