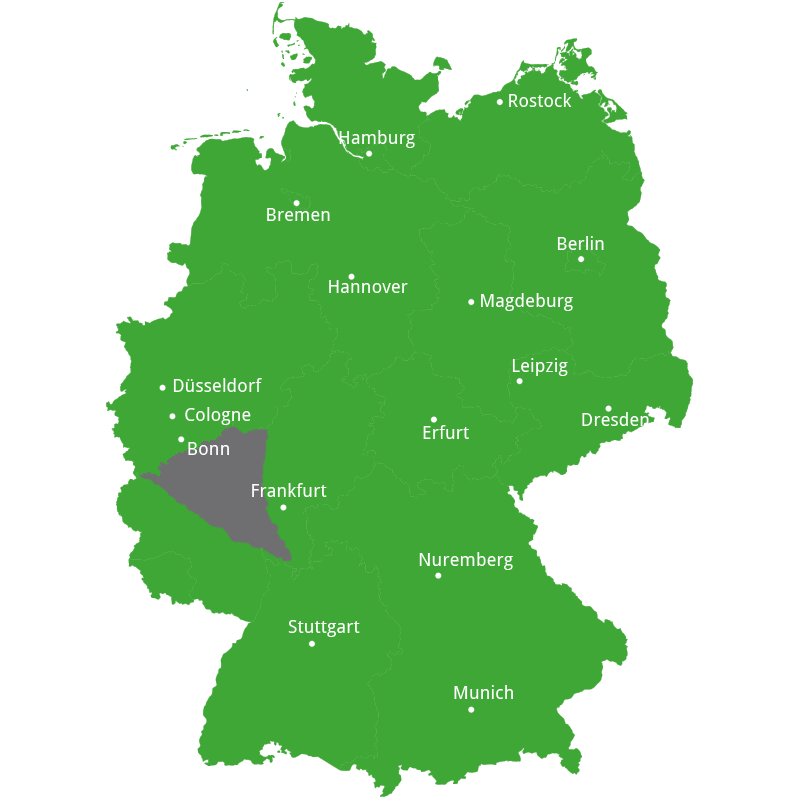 The Romantic Cities are a group of destinations located in the German state of Rhineland-Palatinate. They are amongst the 15 oldest cities in the country and offer their own unique charm and highlights. The individual cities are Worms, Mainz, Koblenz, Speyer, Idar-Oberstein and Trier (the oldest city in the country). They are all located within a relatively small area and are perfect for a multi-centre break. Five airports surround the Romantic Cities, so you can choose to fly into Cologne-Bonn, Frankfurt, Luxembourg, Baden Airport or Frankfurt-Han, depending on where you wish to start your journey.

The cities are littered across one of Germany’s most popular wine regions, meaning there are plenty of chances to taste the local vintages. There are wine festivals in spring (to celebrate the start of wine season) and autumn (to celebrate the grape harvest), and the German Wine Route links many of the towns in the area together. Locals also sell home-grown wine from temporary bars called Straußenwirtschaft. Look out for bunches of twigs hanging above residential doors to signal this.

Trier – There are nine UNESCO World Heritage Sites within the area, including the stone Roman gate known as Porta Nigra. There is the option to take part in a guided tour hosted by a Roman centurion and an open-air music event is held every year on the penultimate weekend in June.

Koblenz – Highlights include Deutsches Eck, where the Mosel and Rhine Rivers meet, and the cable car that will take you up to Ehrenbreitstein Fortress. If the weather is favourable, head to Weindorf on the banks of the Rhine to relax and sip some wine.

Mainz – Visit the famous Gutenberg Museum of Printing, named after Johannes Gutenberg. Also, a new Hop-on, Hop-off bus service can take you to many of Mainz’s top attractions in comfort and with 360-degree views.

Speyer – Speyer’s cathedral is a UNESCO World Heritage Site and was where German emperors were buried for 300 years. During the summer, you will find a party atmosphere at the Speyer Rhine Beach, a short walk from the cathedral. With sand, deck chairs and a beer garden, this is the perfect place to relax and enjoy the hot weather.

Worms – The Nibelung Museum focuses on The Song of the Nibelungs, an epic poem written in the year 1200 and set in and around Worms. If you would like to know more about this famous ballad, or simply try some of the local beers, the Nibelung beer cycling tour visits some of the places mentioned in the poem, as well as 23 different breweries.

Idar-Oberstein – This city’s main attraction is the Felsenkirche, a church built directly into the rock. Over the years it has been used as a shelter during wars, a place of worship and now sees around 100,000 tourist visitors every year. Idar-Oberstein is also where you will find Europe’s only gemstone mines.