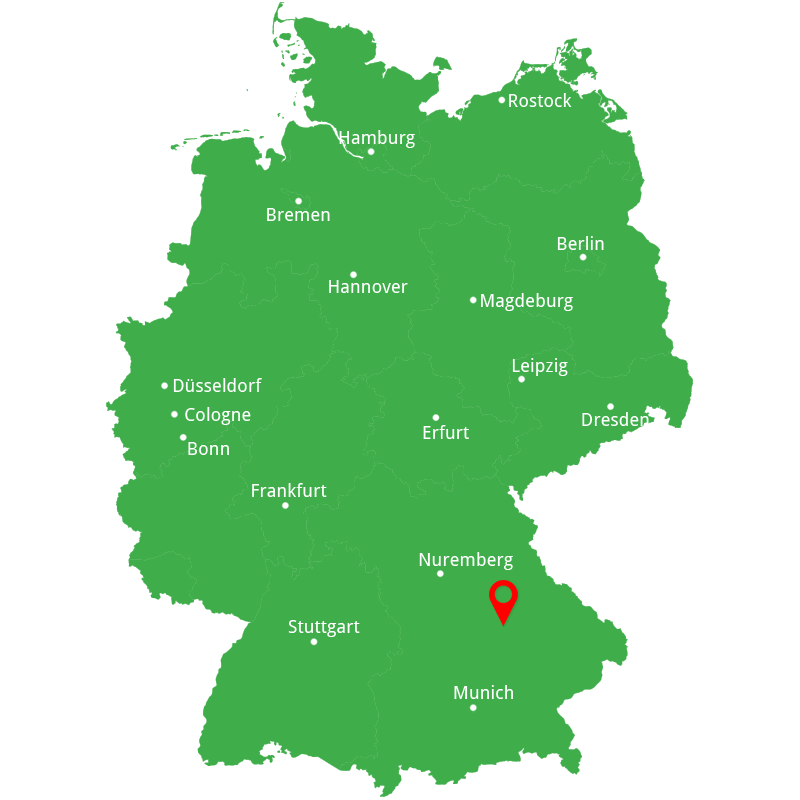 Regensburg, the 2,000-year-old Roman city, is located at the northernmost point of the Danube. Emerging from the Second World War with little damage, it bears many treasures of Roman and Gothic architecture. In 2006, the 'Old Town of Regensburg with Stadtamhof' was added to the UNESCO World Heritage list, giving credit to the city's former political role, its function as a base of medieval trading and the excellent quality of the town's architecture and structure.

About a thousand Romanesque and Gothic listed structures have been preserved over the centuries and help to make Regensburg a very special location. Walking along the charming alleys in the pedestrian zone of the Old Town, visitors can easily experience the culture of this historic city with its big Patrician houses and towers, influenced by Italian architecture, a great number of churches and monastic ensembles, narrow alleys, surrounded by the houses of merchants and craftsmen. The several centuries-old stone bridge is to be counted among the masterpieces of European bridge architecture and offers a picturesque setting for a city walk.

One of the most interesting sights in Regensburg is the Thurn and Taxis Palace. It is the setting for one of Germany's most atmospheric Christmas markets.

If you are looking to experience more of Germany, we also have Dresden city breaks and hotels in Bayreuth available.

Try a regional delicacy, the sausages, in the traditional 'Wurstkuchl', the oldest sausage tavern in the world.

Visit the Thurn and Taxis Castle Festival in July, when concerts and plays are shown in the castle courtyard.

Discover more
Did you know?
Unique City
Special Events
Discover seasonal events
Regensburg Christmas Market
Regensburg Christmas markets are popular retreats for visitors on holidays and short breaks to the German Christmas markets.
Find out more
No items found.
Stay at Local
Maritim Hotels
Our preferred European hotel partner
No items found.
Subscribe to our Tours & Land Holidays offers
JOIN NOW
Thank you! Your submission has been received!
Oops! Something went wrong while submitting the form.
Book Your
Excursions
By clicking an excursion below, you will be taken to the website of our booking partner Viator. Viator is a TripAdvisor company and reservations made using this link will be made directly with Viator. Full terms and conditions apply.
Inspiration & Advice
Our Blogs
Find plenty of tips, advice and news stories in our weekly blog posts.
The 4 Best Sights Of Regensburg’s UNESCO-Listed Old Town
Featuring architecture from the 9th-13th century (& the Roman era), Regensburg’s Old Town is listed as a World Heritage Site by UNESCO. Here's what you can see.
READ MORE
Nature Holidays In Germany
With the German tourism board focusing on nature holidays for 2016, here are some excellent places in which to have an adventure.
READ MORE
7 Things For Foodies To Do In Germany
From Bavaria to Brandenburg, Germany is home to some exciting, enticing and often quirky culinary attractions. Here are just a few to look out for.
READ MORE
Indulge Your Passion For Cars On A Tour Through Germany
In a country famous for producing many of our favourite cars, lovers of classic & modern automobiles can indulge their passion in a number of cities.
READ MORE