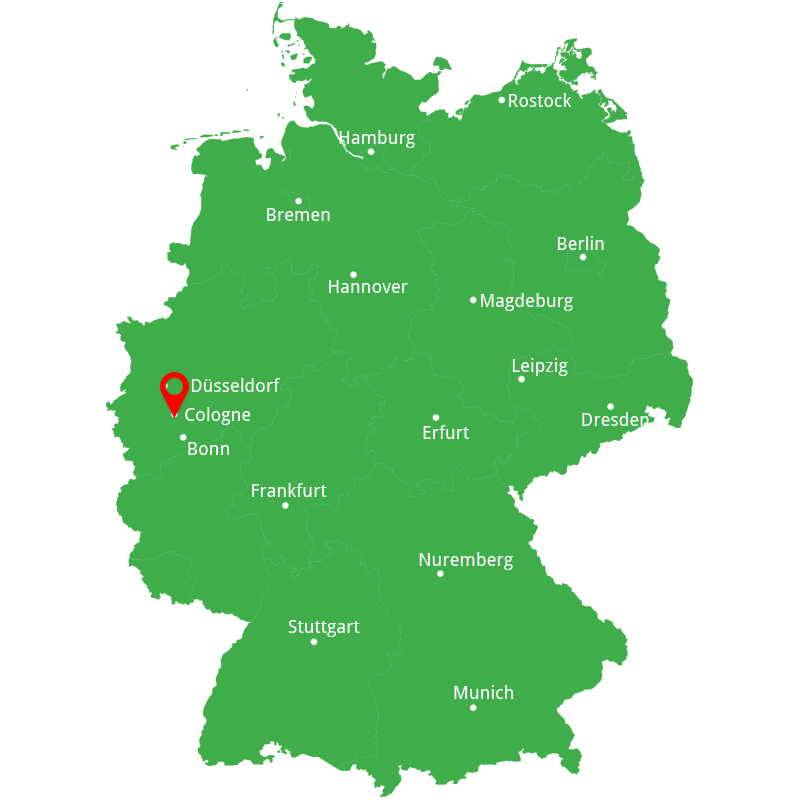 The Gothic cathedral in Cologne is not just the most popular attraction in the city, but the most visited landmark in the whole of Germany. Anybody arriving via the Hauptbahnhof will immediately notice the impressive structure as they walk out of the station and look to the left. Around six million visitors pass through the doors every year, many of which decide to climb the narrow steps up the south tower. This, along with the north tower, has become an iconic sight along the Cologne skyline and features on many souvenirs and postcards.

The cornerstone of the cathedral was laid in 1248, but it would be more than 600 years before it was completed, in 1880. The shrine inside is said to hold the remains of the Three Wise Men, meaning that many of the people travelling to Cologne do so on an important pilgrimage. Other draws include the beautiful stained glass windows, the largest free-standing bell in the world, and the chance to see one of the purest examples of Gothic architecture. The latter is the reason why UNESCO declared the cathedral a World Heritage Site in 1996.

Discover more
Did you know?
Unique City
Special Events
Discover seasonal events
Cologne Christmas Market
Cologne Christmas markets are perfect tailor made holidays for visitors on traditional breaks to the German Christmas markets.
Find out more
No items found.
Stay at Local
Maritim Hotels
Our preferred European hotel partner
Cologne
Subscribe to our Tours & Land Holidays offers
JOIN NOW
Thank you! Your submission has been received!
Oops! Something went wrong while submitting the form.
Book Your
Excursions
By clicking an excursion below, you will be taken to the website of our booking partner Viator. Viator is a TripAdvisor company and reservations made using this link will be made directly with Viator. Full terms and conditions apply.
Inspiration & Advice
Our Blogs
Find plenty of tips, advice and news stories in our weekly blog posts.
Untold UNESCO: European World Heritage Sites You Never Knew Existed
There are UNESCO World Heritage sites all over Europe, but here are few that you will have never heard of and which are well worth a visit.
READ MORE
Ode To Cologne
Here are the highlights from Chris Mayhew's recent trip to the German city of Cologne.
READ MORE
5 Facets Of Urban Life In Cologne
#urbanCGN is a campaign aimed at showing visitors that there is much more to Cologne than its iconic Gothic cathedral and the romantic River Rhine.
READ MORE
Rhine Rivals: Cologne Vs Dusseldorf
Whilst both cities are worth visiting in their own right, we look at their differences and what you can expect from a trip to either.
READ MORE