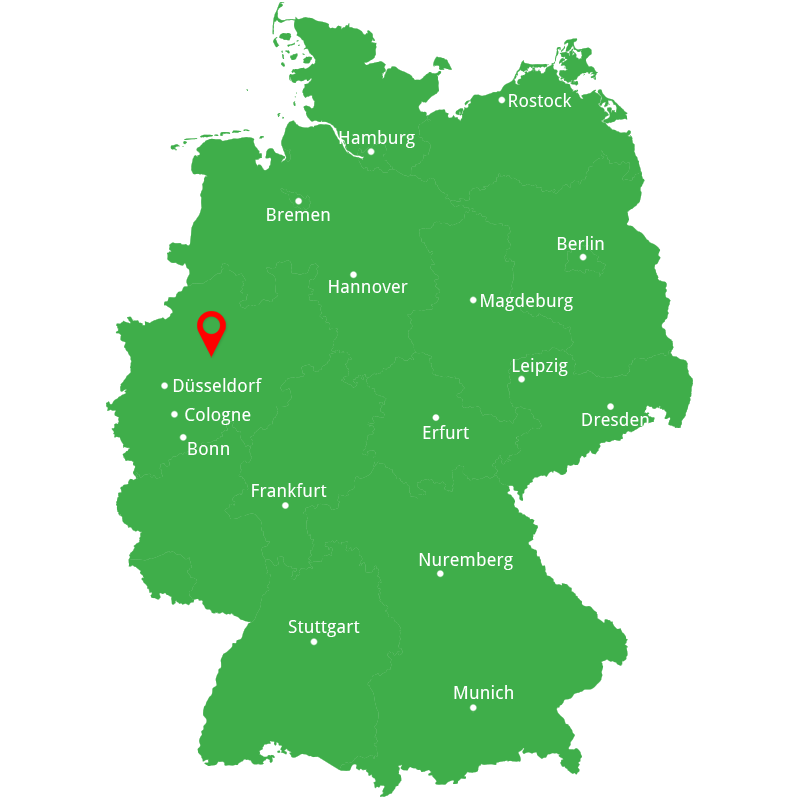 Germany's Bochum is home to events like the 'Ruhrtriennale', one of Europe's most significant theatre festivals; the 'Bochum Total', one of the largest rock festivals in Germany and many more large scale festivals. Bochum is home to the Bermuda Triangle, the famous bar and pub quarter, which ensures that the party never stops. Most cultural events are held in the Jahrhunderthalle.

The 200-year history of industrialisation is brought to life at eight former industrial sites. Together with the Rhenish Industrial Museum, it forms part of a collection of museums that are unique in Europe. One of these historical sites is the Hannover Colliery, which contains a series of exhibits on the development of the industrial Ruhr area. At Knirps "children's mine", kids can learn about mining through interactive exhibits.

This impressive hall built in 1902 and was restored during the Emscher Park International Construction Exhibition and is currently used for exhibitions and sporting events. The airy steel construction is one of the leading venues for the RuhrTriennale festival.

This triple-naved hall church reconstructed in the Westphalian Gothic style was originally built during the time of Emperor Charlemagne between 785 and 800. Its 68-metre high steeple is the city's most famous landmark. Inside the church are many fascinating works of art from various periods in history including a Romanesque font from around 1175, the high altar with a statue of Christ dating from 1352 and the reliquary shrine of St. Perpetua and her slave St. Felicity.

You haven't really been to Germany until you've tried a currywurst, a classic fast-food dish of pork sausage drenched in ketchup and curry powder - the perfect snack after a night of beer drinking. This all-day and late-night kiosk, situated in the heart of the pub district, is a cult favourite for the best currywurst in the Ruhrgebiet.

An airy, stylish place with white walls and modern art, Livingroom offers an eclectic international menu of meat and fish dishes with Mediterranean and Asian influences. There's an extensive wine list and, depending on your mood, you can sit in one of several different areas of the huge space.

Spain's signature dish has made its way to the Ruhrgebiet at this stylish tapas and wine bar. If you can't make a choice from the three dozen vegetarian and meat/fish selections in the menu's tapas section, try one of the rotating weekly specials, with or without the specifically recommended Spanish wines.

Bochum's first Greek restaurant offers fresh, moderately priced dishes of fish, meat and vegetables - no greasy gyros here - in a brightly-coloured dining room that brings to mind a Mediterranean villa overlooking the wine-dark sea. You might even catch the jovial host playing guitar for his guests. A beer garden offers al fresco dining in summer.

Bochum has lots of modern malls as well as a wide variety of shopping streets, making it the perfect destination for an extended shopping spree.

Bochum City Point covers five floors and has more than 40 outlets selling clothing, textiles, services and food. It is situated in the city centre on Kortumstrasse, Bochum's main shopping street.

The Ruhr-Park shopping centre was opened in November 1964 and is currently the largest in Germany. It has become an integral part of Bochum's cityscape and is regarded by locals and visitors alike as a regional institution.

This Bochum hot spot is the epicentre of the city's late-night entertainment. It is, of course, famous to the locals, but also well-known beyond the North Rhine-Westphalia region of Germany. The Bermuda Triangle is named for its three sides: the Südring, Viktoria Straße and the railroad tracks. Over sixty bars are situated here, not to mention a multitude of international and native restaurants, lounges, cinemas and clubs.

This fun Bochum bar has more than just a fine selection of beer and other alcoholic drinks. In the retro-1940s atmosphere, you'll find more than twenty snooker and pool tables. If that's not your thing, you can also choose from an assortment of other games. Play a board game, throw some darts or check out what's on one of their nine TVs.

You can also just sit back and listen to the background music. The style is usually retro as well - swing, blues or jazz.

This 1980s cultural icon is still a big hit with those who like to hit the clubs. There's always something happening in the two halls, whether it's a regular concert event or just your usual dance-the-night-away music groove.

Another Bochum night club with a famous name and reputation is the 360 Grad. With three different venues, there's always something new and exciting to choose from. The 360 Grad prides itself on lesser-known DJ talent and its regular guests. Don't forget to check out the cocktail bar, and the bistro if all that dancing has made you peckish.You can find this hot spot near Ruhr Park and Meditherme.

Discover more
Did you know?
Unique City
Special Events
Discover seasonal events
No items found.
No items found.
Stay at Local
Maritim Hotels
Our preferred European hotel partner
No items found.
Subscribe to our Tours & Land Holidays offers
JOIN NOW
Thank you! Your submission has been received!
Oops! Something went wrong while submitting the form.
Book Your
Excursions
By clicking an excursion below, you will be taken to the website of our booking partner Viator. Viator is a TripAdvisor company and reservations made using this link will be made directly with Viator. Full terms and conditions apply.
Inspiration & Advice
Our Blogs
Find plenty of tips, advice and news stories in our weekly blog posts.
7 Things For Foodies To Do In Germany
From Bavaria to Brandenburg, Germany is home to some exciting, enticing and often quirky culinary attractions. Here are just a few to look out for.
READ MORE
The Ease Of Travelling To And In Germany
Although we like to pretend we don’t, Britons secretly love Germany & its holiday destinations. Here’s how simple it is to get to and around.
READ MORE