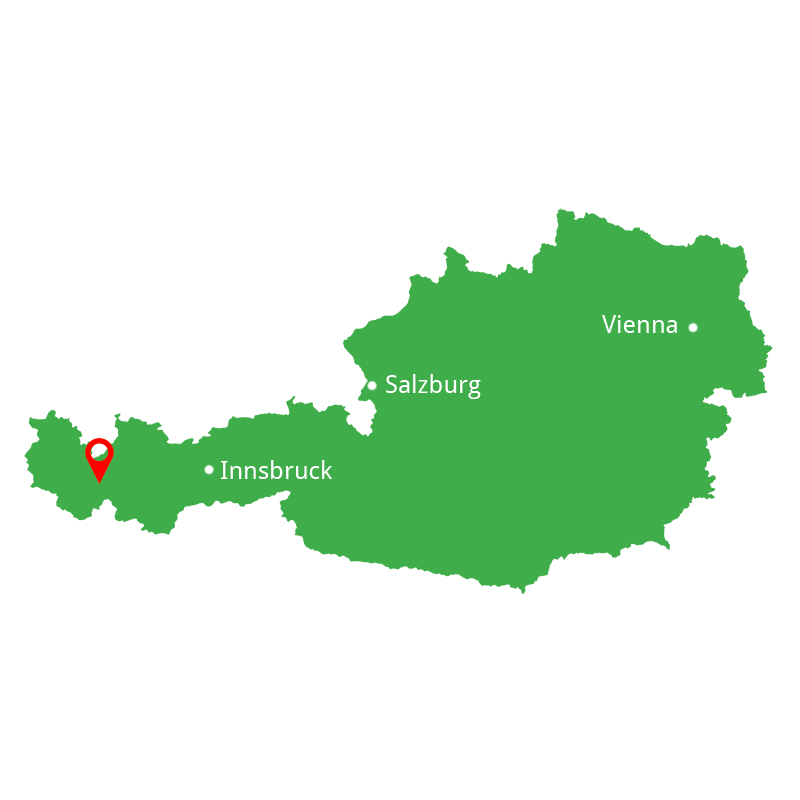 'The Cradle of Alpine skiing' is a snowy paradise of the highest calibre. Hospitality and Tyrolean customs are as much a trademark of the village as its international, cosmopolitan character.

St Anton am Arlberg was the host for the 2001 World Alpine Championships and is arguably one of the best ski resorts in the world. It sits more than comfortably in the 'Big Boy' league that includes Chamonix, Zermatt and Whistler.

St Anton is mostly an experts' resort, with awesome off-piste runs, moguls and powder. Its pistes are generally graded lower than they probably should be, but with great guiding and instructors, the skiing and boarding can be enjoyed by people at most levels.

St Anton is situated in the extreme west of Austria, on the edge of the Tyrol region where it meets the province of Vorarlberg (65 miles west of Innsbruck, 156 miles south-west of Munich, 125 miles east of Zurich). It's is poised at the foot of the Arlberg Pass and at the top end of the narrow, steep-sided, 15-mile Stanzer Valley.

During the daytime, a range of winter activities is available. These include cross-country skiing, natural toboggan from Rodelhutte, winter walking (9½ miles of cleared paths), sleigh rides, open-air ice-skating and curling. There is also a sports/spa centre with indoor and outdoor pools, sauna and gym. Finally, you will find three indoor tennis courts, a squash court, and a bowling alley in Nasserein.

In the summer, mountain hiking, biking, climbing, golf, river rafting and canyoning are all popular activities.

There is a wide variety of places to grab a bite to eat, from pizzerias to haute cuisine. All outlets are generally reasonably priced but reservations will be necessary for big groups as this is a very busy area. Some of the best food is served up at the Sporthotel, where a variety of sausages are offered alongside potatoes and sauerkraut for a reasonable price. Game and dumplings also appear on most local menus and fondue can be enjoyed at the Montjola, one of the oldest restaurants in the area.

There are many ski-rental and sports equipment shops with ski storage facilities, mostly on the main street. There are centrally located boutiques, souvenir shops and some supermarkets.

Discover more
Did you know?
Unique City
Special Events
Discover seasonal events
No items found.
No items found.
Stay at Local
Maritim Hotels
Our preferred European hotel partner
No items found.
Subscribe to our Tours & Land Holidays offers
JOIN NOW
Thank you! Your submission has been received!
Oops! Something went wrong while submitting the form.
Book Your
Excursions
By clicking an excursion below, you will be taken to the website of our booking partner Viator. Viator is a TripAdvisor company and reservations made using this link will be made directly with Viator. Full terms and conditions apply.
Inspiration & Advice
Our Blogs
Find plenty of tips, advice and news stories in our weekly blog posts.
Vienna: Europe’s Home Of Art And Culture
You only need to take a relaxing stroll along the Ringstrasse to realise that the Viennese know what they’re doing when it comes to art and architecture. The city is littered with resplendent palaces, 19th-century cafés, world-famous art galleries and elaborate venues in which to enjoy everything from opera to cinema.
READ MORE
Europe’s Best Viewpoints
These fantastic observation decks will offer unrivalled views of the cities they're part of.
READ MORE