0800 035 0711
0800 988 3369
Home
/
Destinations
/
Russia
/
Moscow
Travel to...
Moscow
As the largest city in Europe, Moscow boasts gigantic buildings, expensively priced coffee and some of the wealthiest people in the world amongst its citizens. 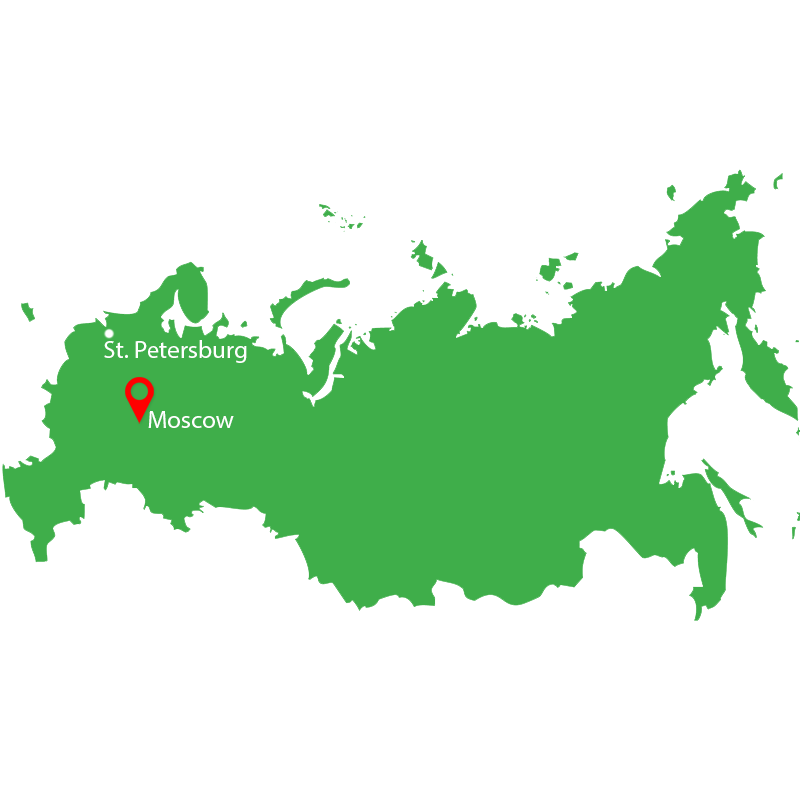 As the largest city in Europe and Russia's capital, Moscow boasts gigantic buildings, expensively priced coffee and some of the wealthiest people in the world amongst its citizens.

Theatre plays a big part of the city's culture, with the world famous Bolshoi Theatre being just one of the many places which showcase the latest performances to the masses. These concerts are often at the heart of many of the festivals that come to Moscow on a yearly basis and there are also a variety of different local theatres which are continually offering premieres of the newest shows. Along with this, much of the art often spills out into the streets, creating a feast for the eyes of any lucky passers-by.

Moscow offers something for everyone, with romantic walks lit up by beautiful lights for the couples, art galleries and beautiful architecture for culture enthusiasts and Gorky Park and the Moscow Zoo for those travelling with children. A Moscow city break will not disappoint and you are sure to be welcomed with open arms.

One of the world's most recognisable public spaces, Red Square is as impressive in reality as it is onscreen. The heart of Moscow and the first destination for most visitors to the city, it is surrounded by St. Basil's Cathedral, the State History Museum, Lenin's Mausoleum and one of the Kremlin's long brick walls.

This gigantic site can not be missed. The Diamond collection in the Armoury is worth a visit on its own and there are also several stunning churches that warrant a look.

Walk past the embalmed body of Vladimir Lenin (who actually did not want any monuments to be built for him) and join the debate if it is still him.

The historical Old Arbat is one of few pedestrian streets in Moscow. In recent years, it has long been considered one of the main cultural centres of Russia. The street boasts some of the country's most famous artists, composers, musicians and writers as its former residents.

Moscow has some of the best restaurants in Russia with prestigious chefs trained in the top kitchens of Europe. The capital offers a variety of different menus that provide a choice of regional or international cuisine. But most of the restaurants in the capital boast an array of gastronomic Azerbaijani specialities, which are highly recommended if you want to try delicious food in Moscow. Many restaurants are located in the very heart of the city, in old mansions, with which interesting stories and legend are closely connected.

Moscow has a terrific choice of shops, boutiques, markets and extraordinary malls to choose from. All the big name brands are here, plus some seriously pricey local producers too. Tverskaya Ulitsa, north of Red Square, is Moscow's most fashionable shopping street with numerous expensive boutiques, whilst most tourist-oriented gift stores tend to be concentrated on touristy Ulitsa Arbat.

Moscow captivates visitors with its thriving nightlife. It is full of events, premieres, concerts and offers everything from bars, clubs, racing, and bowling to fantastic theatres, circuses, cinemas and concert halls. All of them have interesting histories, so you will experience the unique atmosphere and ambience of these places. The city has a terrific choice of places to have fun, so you are sure to find something to suit your taste.

Discover more
Did you know?
Unique City
Special Events
Discover seasonal events
No items found.
No items found.
Stay at Local
Maritim Hotels
Our preferred European hotel partner
No items found.
Subscribe to our Tours & Land Holidays offers
JOIN NOW
Thank you! Your submission has been received!
Oops! Something went wrong while submitting the form.
Book Your
Excursions
By clicking an excursion below, you will be taken to the website of our booking partner Viator. Viator is a TripAdvisor company and reservations made using this link will be made directly with Viator. Full terms and conditions apply.
Inspiration & Advice
Our Blogs
Find plenty of tips, advice and news stories in our weekly blog posts.
Architectural Highlights Of Russia’s Largest Cities
Being the largest country in the world means there’s plenty to see and do in Russia. Whether you choose to visit the country’s capital, Moscow, to see the awe-inspiring Kremlin in the flesh or visit St. Petersburg to wander around the various fascinating museums.
READ MORE