The Netherlands is known for its lively tradition, windmills and tulips, and fast-paced modern European life.

The Dutch people have a good sense of humour and know how to enjoy themselves, whether they are relaxing in the countryside or partying in the big cities.

Known as being a largely flat country, the Netherlands is an ideal destination for those who enjoy pursuits like cycling or walking without over-exerting themselves. But it is a cultured land as well, as the seemingly endless list of great Dutch artists testifies.

Amsterdam city breaks are very popular with tourists looking for great nightlife in the evenings and interesting and educational sights in the day time.

Check out the Scheepvaarmuseum shipping museum as well as the Spido, Euromast and Steamship Rotterdam.

A trip to Holland isn't complete without trying some Stroopwafel; this treacle waffle is a typical Dutch treat, best enjoyed with a cup of tea or coffee! 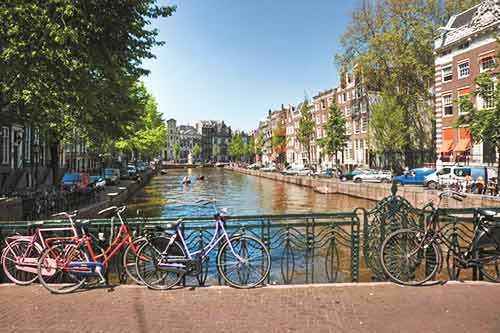 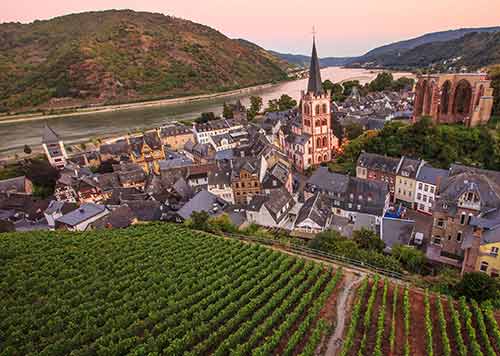 The Netherlands has a very unique culture. The Dutch are known throughout the world for their liberal attitude and tolerance of a wide range of lifestyle choices.

The Dutch tend to speak their minds - you may either find this refreshing, or rude.

The Dutch believe in the concept of gezellig, which, roughly translated, means a warm, comforting feeling that you are doing the right thing by working towards the well-being of everyone.

The main draw of traditional Dutch cuisine is the extremely large portions. You will often receive generous helpings of potatoes and meat of various types (often fried meatballs) with vegetables.

There is always a wide range of international foods available. Flavours from nearby European countries, especially France, mix with those from far-flung ex-colonies such as Indonesia and Surinam. You can get pretty much whatever you want, especially in the cities and larger towns.

Like the majority of European cities, the Netherlands's modern history largely begins with the Roman occupation. Belgium and Luxembourg, together known as the Low Countries, were originally invaded at the expense of the Celtic and Germanic tribes that inhabited the area.

In more recent times, the country managed to remain neutral through World War One but endured a brutal German occupation in World War Two when the majority of the Jewish population was deported and the city of Rotterdam completely destroyed. Anne Frank's house in Amsterdam, one of the most poignant symbols of the holocaust, remains as a moving reminder of this destruction.

Subscribe to our Tours & Land Holidays offers
JOIN NOW
Thank you! Your submission has been received!
Oops! Something went wrong while submitting the form.
Discover more
Did you know?
Amsterdam has 1,281 bridges.
Read Some
Related Blogs
Find plenty of tips, advice and news stories in our weekly blog posts.
European Gift-Bringers That Aren’t Santa
So, who are Santa’s counterparts on the continent and what traditions to they bring to the festive season?
READ MORE
The Definitive Guide To An Amsterdam City Break
Here is everything you need to know when visiting the delightful city of Amsterdam.
READ MORE
4 Spectacular Sport Fixtures To See In 2020
The year 2020 is full of exciting sports events you won’t want to miss out on, whether you’re a hard-core Formula One fan or an avid supporter of German football. There’s a multitude of sport-related fixtures organised every month of the year, spread out over a few European cities.
READ MORE
How To Commemorate The Liberation Of Auschwitz 75 Years On
It was 75 years ago this year that the Auschwitz concentration camp in Oświęcim was liberated by the Soviet army. This is an important part of history that many people all over the world wish to commemorate.
READ MORE
5 Lesser-Known Destinations In Our 2020 Brochure
Our 2020 brochure is out now and you may notice there are a few locations you haven’t heard of. In this blog post, you’ll discover what to expect in these beautiful, lesser-known areas.
READ MORE