0800 035 0711
0800 988 3369
Home
/
Destinations
/
Austria
/
Klagenfurt
Travel to...
Klagenfurt
Klagenfurt city breaks have much to offer visitors and tourists, making the destination an attractive location for your holidays. Book today with Fred.\. 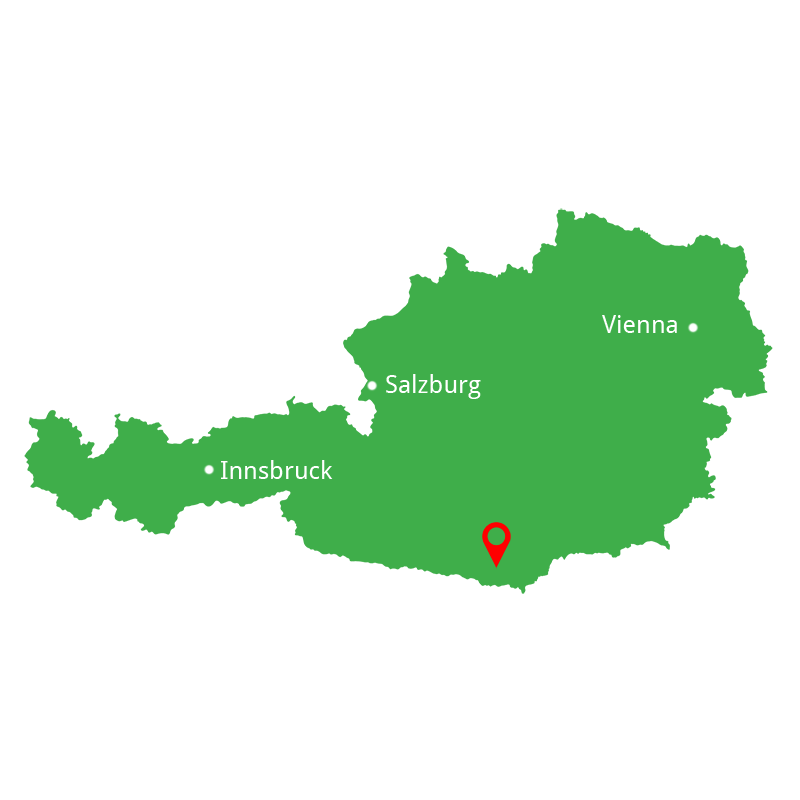 Klagenfurt city breaks have much to offer visitors and tourists, making the destination an attractive location for your holidays. According to local legend, Klagenfurt was founded after a brave hero killed a dragon, the 'Lindwurm', and so there is now a statue of the mythical beast located at the centre of the 'Neuer Platz'. This mythical story has given the city a gothic feel and attracts many visitors fascinated by the tale. It is steeped in history and myth, making it an exciting destination for a city break.

Klagenfurt is also renowned for its high-quality theatre and operas that are held at the Stradttheater. Both Klagenfurt and Graz City Breaks are popular with those looking to discover the charming medieval and renaissance buildings of the Old Town, whose main attractions are the Landhaus Palace, the Baroque Cathedral and the Tentschach Castle. This historical centre can be fully appreciated with guided tours, which are available daily.

Located within the regions of Austria, Italy and brushing Klagenfurt's picturesque boulevard, Lake Wörthersee is surrounded by mountains and hillsides that shelter the lake region from the wind and provide visitors with a temperature more at home in the southern continents. Lake Wörthersee is famous for its beautiful landscape and is situated in the centre of the region, enticing holidaymakers from miles around to participate in the thrilling water sports on offer or relax and let the time flow by on the many jetties situated around the lake.

The Diocesan Museum is a small museum which hosts religious pieces of art, tapestries, stained glass works, jewellery and sculptures. These pieces belong to the 12th to 18th centuries and have been collected from churches throughout the region.‍

Maria Theresa Museum is dedicated to Empress Maria Theresia who ruled in the Austria region for forty years in the 16th century. The museum includes such pieces as a bronze sculpture of the empress.‍

Lindwurm is a 16th-century sculpture located in the centre of the city and is possibly the most important landmark of Klagenfurt. The sculpture represents a mythical water dragon which, according to a legend, plagued the region. Eventually, the dragon was killed and, on the spot where it was slain, a village was founded. This developed into what we know today as Klagenfurt and this statue is now considered a symbol of heroism.‍

Minimundus is a park which features a collection of miniature models of famous buildings from many countries in the world.‍

Reptilienzoo Happ is a small zoo housing reptiles and animals from various places.‍

Europark is located next to the Minimundus and to the Strandbad (beach), this park is a beautiful place to walk, relax, play chess and inspect the variety of plants, flowers and the free-roaming peacocks.

The famous musician Gustav Mahler worked and lived close to Klagenfurt. The small mansion which he bought for himself in 1899 has been renovated into a museum which offers postcards and letters written by the man himself.

Schweizerhaus is situated in the Kreuzbergl recreational area but is still within walking distance from the city centre. This restaurant offers an upmarket version of regional cuisine. It is especially popular in summer when the terrace can be used and beautiful views of the city can be enjoyed.

Da Luigi is an Italian restaurant which is located on the sea front and specialises in seafood dishes. Wines from all over Europe are also offered.

Felsenkeller is a restaurant built in the early 17th century and was originally a shack for ice storage. Its reconstruction has created a classy and stylish restaurant serving Austrian food at reasonable prices.

Maria Loretto is a restaurant which makes eating out an exciting experience. It offers beautiful views of the lake juxtaposed with a romantic, baroque inspired interior. Maria Loretto serves mainly seafood dishes made from the freshest ingredients from the lake itself.

Klagenfurt, although a small city, has a surprising number and variety of shops which satisfy even the most demanding tourist. The local markets offer a range of goods and are the heart of life in Klagenfurt. The farmers market is located in the Old Town where you'll also find antique shops, boutiques and shopping centres.

Sudpark is one of the most popular shopping centres. It has cafes, restaurants and a variety of shops which sell stylish clothing and the latest fashion accessories; watches, interesting pieces of jewellery, shoes, bags and other items.

Swarovski crystal is integral to the shopping in Klagenfurt, as are the chocolate shops, which easily attract visitors with the delightful smells and beautiful presentation of the chocolate.

Book Klagenfurt City Breaks | Fred.\ Holidays Kamot serves up a relaxing and cosy atmosphere as well as delicious drinks. The live jazz music makes it a popular place to spend an evening. As well as drinks, Kamot offers snacks, sandwiches and baguettes.

Discothek Bollwerk is one of the largest clubs in the city and one of the most reasonably priced, the music genre of choice is techno.

Checkpoint Charlie, offers a more laid back feel and is perfect for those looking to hear some alternative music. On some nights live rock and blues artists play.

Zum Augustin is traditional and therefore popular with the locals. It famously brews its own beer and has at least seven ales on tap.

Murinsel is located in the alternative metal and glass construction on the artificial island in the Mur River. It is a famous café and an amphitheatre. The lighting system covering the entire island creates a unique and beautiful spectacle. The amphitheatre is always being used to host various shows but it can also be visited at night with drinks being served in the café.

Discover more
Did you know?
Unique City
Special Events
Discover seasonal events
No items found.
No items found.
Stay at Local
Maritim Hotels
Our preferred European hotel partner
No items found.
Subscribe to our Tours & Land Holidays offers
JOIN NOW
Thank you! Your submission has been received!
Oops! Something went wrong while submitting the form.
Book Your
Excursions
By clicking an excursion below, you will be taken to the website of our booking partner Viator. Viator is a TripAdvisor company and reservations made using this link will be made directly with Viator. Full terms and conditions apply.
Inspiration & Advice
Our Blogs
Find plenty of tips, advice and news stories in our weekly blog posts.
No items found.