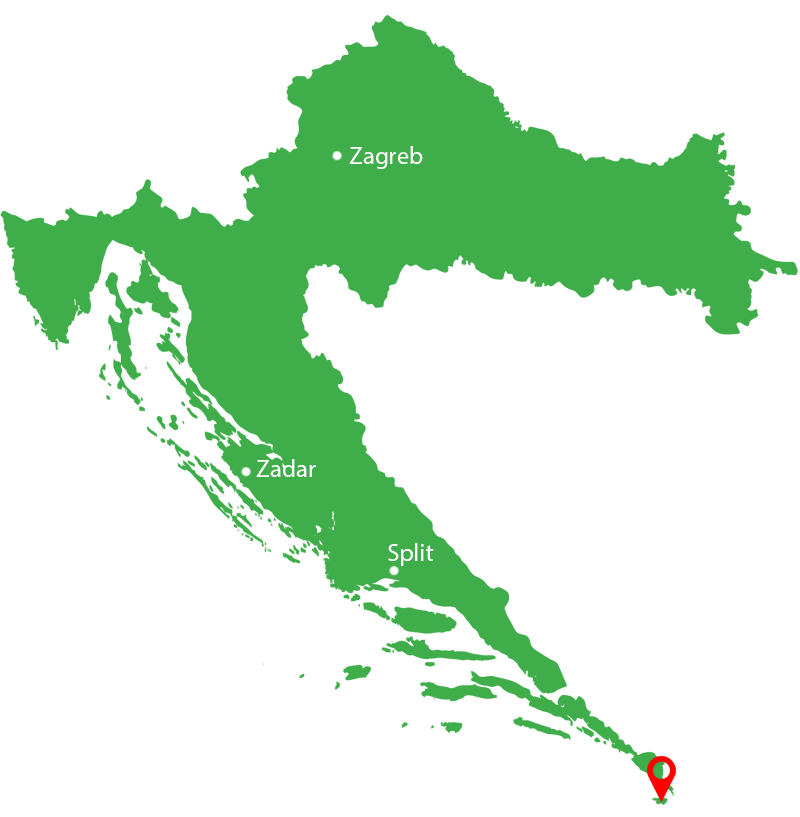 Situated just off the coast of Dubrovnik is the 'island of Kings', Lokrum, a popular destination for those who like to combine culture with relaxation. Legend says that Richard the Lionheart shipwrecked here in 1192 after returning from the crusades. Its star attraction is Mrtvo More (Dead Sea) - A unique lake that is linked to the sea - its crystal clear, calm waters make it popular with bathers.

As a nature reserve and special forest vegetation reserve, Lokrum is extremely well protected and well preserved. To throw waste, bring dogs, light a fire or smoke is prohibited on the Island. Overnight stays are also not possible on Lokrum, which makes a trip here perfect to combine with a Dubrovnik city break.

Swim in the Dead Sea

As it is home to an idyllic salt-filled lake known as the Mrtvo More, is a popular swimming destination.

First built in 1023, the Benedictine Monastery complex on Lokrum, hold remnants of several past eras including, a 13th century Romanesque-Gothic basilica and a 15th century Renaissance monastery.

Situated on the highest peak of Lokrum, this fortress was inhabited by the French after their 1806 occupation of Dubrovnik. Its Austrian Tower can still be climbed to this day for stunning views of the island and over mainland Dubrovnik.

A unique feature of the island is that its only inhabitants are peacocks. Brought over around 150 years ago, this exquisite birds have really made themselves at home on the island.

An open air restaurant with a calm and relaxing atmosphere. Serving traditional and local cuisine, under a canopy of trees.

Eat traditional Croatian cuisine, in beautiful surrounding with the local inhabitants of the island - peacocks and rabbits - walking around.

A small cafe situated next to the harbour offering a range of coffees, salads, snacks and sweets.

Discover more
Did you know?
Unique City
Special Events
Discover seasonal events
No items found.
No items found.
Stay at Local
Maritim Hotels
Our preferred European hotel partner
No items found.
Subscribe to our Tours & Land Holidays offers
JOIN NOW
Thank you! Your submission has been received!
Oops! Something went wrong while submitting the form.
Book Your
Excursions
By clicking an excursion below, you will be taken to the website of our booking partner Viator. Viator is a TripAdvisor company and reservations made using this link will be made directly with Viator. Full terms and conditions apply.
Inspiration & Advice
Our Blogs
Find plenty of tips, advice and news stories in our weekly blog posts.
5 Dishes To Try When Travelling To…Croatia
Featuring plenty of seafood and influenced by Italian cuisine, here are a few things to try when you are in Croatia.
READ MORE
Your Definitive Guide To A Dubrovnik City Break
Here is everything you need to know when taking a trip to Dubrovnik.
READ MORE
4 Key Areas Of Croatia Worth Exploring
With great weather, great food and some intriguing history, there are many reasons why Croatia should be on your travel list.
READ MORE