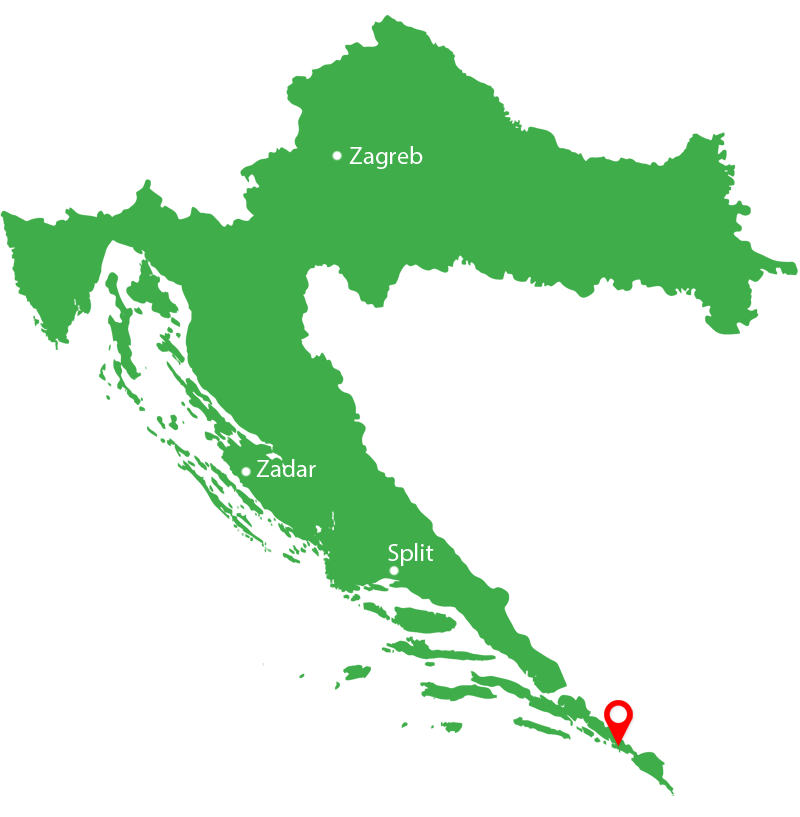 Dubrovnik truly is a stunning city with its amazing Old Town that became a UNESCO World Heritage site in 1979 and is the setting for King's Landing on the popular cult TV show 'Game of Thrones'. But whatever we and others say, our words will never be able to do this fantastic destination justice, so you will have to come and see it for yourself.

The Old Town with its many sights, including the well-preserved city walls along which you can walk, is, without doubt, the main attraction. However, there is plenty to do both inside and outside the city walls. The clear-blue seas surrounding Dubrovnik are perfect for a spot of kayaking or a trip on a day boat to view the city from a different perspective. Slightly further afield, you can sample some local wines on a vineyard tour, and if you are visiting in the summer, do not miss the world-renowned Dubrovnik Summer Festival.

For a more detailed look at the city, check out our definitive guide to a Dubrovnik city break.

Originally constructed in the 10th century, although fortified considerably in 1453, the walls are 3m thick along the sea edge and 6m thick inland. Walk the 1.9km distance around the Old Town to enjoy Dubrovnik from all angles - from the crystal-clear Adriatic Sea to the terracotta rooftops.

Take the cable car, which rises up to the top of Mount Srd above the city, giving you some spectacular views of the Old Town and the shoreline. The cable car was completely destroyed during the war in the early 1990s and was only repaired in 2010. Also at the top of Mount Srd, and also newly opened, is the Museum of the Croatian War of Independence which, through its various exhibits, shows how Dubrovnik defended itself during the 1991-95 war.

The eastern entrance to the Old Town, this gate stems from the 15th century.

The island of Lokrum, just off the Dubrovnik coast, is a popular destination for visitors wishing to combine both culture and relaxation. It is known as the 'island of kings' and, according to legend, Richard the Lionheart was shipwrecked here in 1192 after returning home from the crusades. He pledged to build a church on the island as he was indebted for the salvation it offered but, at the plea of Dubrovnik citizens, built it in the city instead.

Lokrum's star attraction is Mrtvo More (Dead Sea), a unique lake linked with the sea. Its crystal clear and calm waters make it popular with bathers.

The monastery contains what is thought to be the oldest pharmacy/apothecary in Europe, from 1316/7.

Designed by Roman architect Andrea Buffalini, the current cathedral was built to replace the original 12th-century cathedral which was destroyed by an earthquake. Another earthquake in 1979 resulted in the need to dig drains beneath the cathedral and these excavations uncovered a Romanesque cathedral beneath the current one. Further digging uncovered yet another church underneath this one, dating from about the 6th century.

The Stradun, also called Placa, runs from Pile Gate to Ploce Gate. The paving stones were laid in 1468. At one end (Pile Gate) is the Onofrio Fountain whilst at the other end is the Orlando Column, a favourite meeting place for locals.

Constructed in 1522 - a survivor of the 1667 earthquake - the Palace has had a variety of uses over the centuries, including where the Republic of Ragusa minted its currency. These days, it houses the city archives upstairs whilst downstairs is used for exhibitions and the Summer Festival. It also houses a permanent exhibition named "Memorial Room of the Dubrovnik Defenders", a memorial to those Dubrovnik citizens who lost their lives during the war between 1991 and 1995.

From the 15th and 16th centuries, the western gate was the traditional entrance to the Old Town. The gate contains a statue of St Blaise, Dubrovnik's patron saint.

Mainly designed by Onofrio della Cava - who also designed Onofrio's fountain - the rector's palace has a somewhat turbulent history. The original building (from 1200) was completely destroyed in 1435 by a gunpowder explosion; this one, from the same year, saw the second floor also completely destroyed by another explosion in 1463. Further damage was caused by the 1667 earthquake. The result of all this tumult meant the resulting building is built in various styles and by various designers. Currently home to the city museum, the palace was of course home to the Rector, who acted as a kind of figurehead of the Republic of Ragusa with little actual power himself.

A favourite with pretty much anyone you speak to. Outside tables overlooking the old harbour make Lokanda Peskarija one of the most popular restaurants in Dubrovnik. In the cooler months, it's also a favourite with locals.

Orhan is another of Dubrovnik's renowned seafood eateries, with the outdoor terrace enjoying stunning views over the Old Town walls and the Lovrijenac Fortress. Dalmatian specialities dominate, and menus are dependent on the catch of the day. The covered terrace seats up to 90 diners - reserve a spot out here if you can.

The Old Town is the place for shopping in Dubrovnik, though most of it is firmly geared towards the bountiful tourist trade with prices to match. A number of small shops hug the Stradun, but the warren of streets that break north and south from this thoroughfare offer more variety and often cheaper prices.

The daily market on Gunduličeva Poljana mainly stocks fresh fruits and vegetables. Sometimes, though, handmade lace and other unique souvenirs such as gold and silver jewellery, homemade honey and wooden handicrafts can be found here.

Tourist-centred shops are everywhere you look in Dubrovnik, but among the best is Dubrovačka Kuća (Dubrovnik House), Svetog Dominika, selling everything from souvenirs and paintings to wine. Croatian wine is also available from the Vinotekas on the Stradun and Od Puča.

Shops in Dubrovnik are generally open 0900-1900/2000, though opening times tend to be erratic and are limited in the winter months. Most shops are open seven days a week.

The Republic of Dubrovnik was one of the first places to ban slavery. A bill was passed in 1416, a full 450 years before the USA.

Unique City
Special Events
Discover seasonal events
No items found.
No items found.
Stay at Local
Maritim Hotels
Our preferred European hotel partner
No items found.
Subscribe to our Tours & Land Holidays offers
JOIN NOW
Thank you! Your submission has been received!
Oops! Something went wrong while submitting the form.
Book Your
Excursions
By clicking an excursion below, you will be taken to the website of our booking partner Viator. Viator is a TripAdvisor company and reservations made using this link will be made directly with Viator. Full terms and conditions apply.
Inspiration & Advice
Our Blogs
Find plenty of tips, advice and news stories in our weekly blog posts.
Your Definitive Guide To A Dubrovnik City Break
Here is everything you need to know when taking a trip to Dubrovnik.
READ MORE
5 Dishes To Try When Travelling To…Croatia
Featuring plenty of seafood and influenced by Italian cuisine, here are a few things to try when you are in Croatia.
READ MORE
The Dos And Don’ts When Walking The Dubrovnik City Walls
One of the most popular things to do when exploring Dubrovnik Old Town is to walk on top of the historic walls that once fortified Dubrovnik. However, there are a few things to consider if you plan to do so.
READ MORE
4 Key Areas Of Croatia Worth Exploring
With great weather, great food and some intriguing history, there are many reasons why Croatia should be on your travel list.
READ MORE