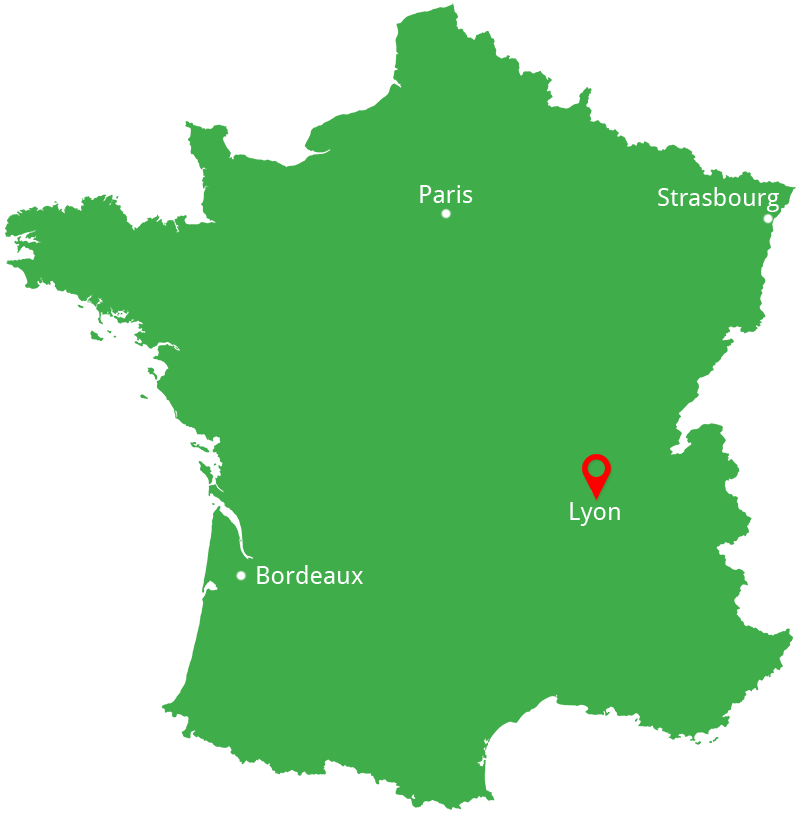 This 2,000+-year-old city manages to combine the modern and ancient with ease. The Roman Theatres at Fourvière, first started in 43BC, are symbolic of the history of the city. Here you can visit ruins of three ancient Roman structures - a theatre, odeum and temple. The 'Traboules' of the old town are internal passageways that were originally used by silk manufacturers and other merchants to transport their products. These contain lots of delightful architectural idiosyncracies as well as spiral staircases. The city is often called the gastronomy capital of the world with many Michelin-starred restaurants as well as the local traditional restaurants, known as bouchons.

If you are keen to discover more of France, we can also help you arrange Bordeaux city breaks and hotels in Avignon.

A must see for a brief history of Lyon and it's most famous inhabitants, this seven-storey murals shows well known inventors, writers and poets including Joseph-Marie Jacquard, Paul Bocuse and the Little Prince, created by author Antoine de St-Exupéry.

This 1800s basillica enjoys a dominant position looking down over the city of Lyon. The church is a towering monument to the Virgin Mary, complete with a large golden statue at the top of the bell tower.

For great fashion brands, jewellery and designer workshops, be sure to visit Passage Thiaffait - one of the city's trendiest traboules.