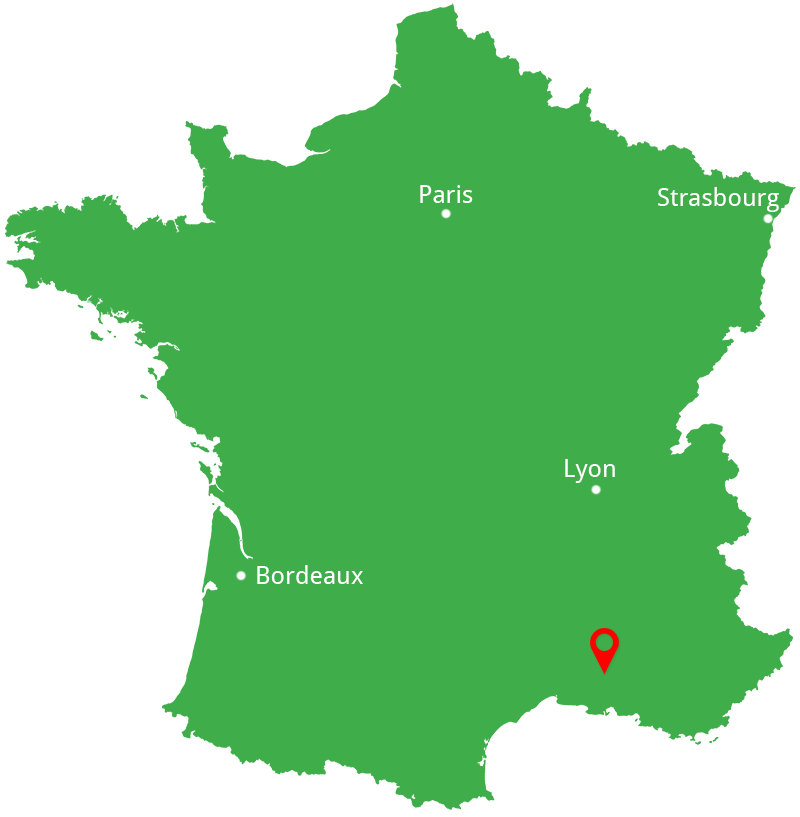 Nestled nicely in the heart of the south of France and beautifully poised on the banks of the River Rhone, Avignon is the perfect place for those who enjoy the slower, more relaxed side of life. With soundless streets, covert courtyards, gorgeous gardens, cosy cafes and unrivalled restaurants, the town is just waiting to be graced by romantic couples.

You may well have heard of this destination thanks to the song which included the lyrics: 'Sur le Pont d'Avignon' and this highlights one of the main points of interest within the area. Saint Benezet's bridge is indeed the aforementioned 'pont' and is definitely worth a visit. The medieval structure strides into, but not all the way across, the Rhone and allows for great views up and down the river. Here, you will also find St. Nicholas's Chapel.

This is not the only religious structure to be found in Avignon though, as the town continually surprises you with churches, chapels and convents around every corner. Many of these date all the way back to the 14th century, when Avignon became the centre of Christendom and the Palais des Papes, another must see attraction, was home to a series of popes.

Each July, there is an arts festival which usually consists of performances by aspiring actors and entertainers and is probably one of the best times to visit.

The palace's fortress dominates Avignon. It took over 30 years to build, during the reign of three popes - Bénédict XII, Clément VI and Innocent VI - and is based on the fusion of two buildings, the austere 'Old Palace' (1334-42) and the extravagant Gothic 'New Palace' (1342-52). It is a frowning mass of elaborate architecture, covering some 15,000 sqm (166,660 sq ft), which dominates the city's other buildings. A guided tour (in French only) through the 'Secret Palace', with a chance to see St Michel Chapel and rooms that are normally closed to the public, with a convivial brunch is available every Saturday (1230) and Sunday (1030) from September to May. On the whole, however, it is best for visitors to make a trip to the Palais des Papes in the afternoon, when it is cooler and there are fewer tourists.

Spanning the two channels of the River Rhône and the island in between (Ile de la Barthelasse), the bridge was built between 1177 and January 1185. Originally made of wood, it had to be continuously rebuilt, as it was the only crossing, providing a link between the Mediterranean and Lyon, an important trade hub in the Middle Ages. The river finally won the day, washing away the bridge in the mid-1600s. Today, only four of its original 22 arches and the tiny Chapelle St Nicholas remain. This delicate Romanesque chapel, dedicated to St Nicholas, patron saint of bargemen, should not be missed. A small museum, situated beneath the ticket office, contains images of the bridge as it looked in the past.

The museum is located on the northern end of place du Palais and was built for Cardinal Béranger Frédol between 1318 and 1320. Today, its 19 rooms host an impressive collection of frescoes, sculptures and Italian religious paintings from the 13th to 16th centuries, including works by Botticelli, Carpaccio and Giovanni di Paolo. One of the most remarkable paintings is The Angel of the Annunciation, by Sano Di Pietro (1406-1481), as the golden-haired angel has all the beauty of a pre-Raphaelite woman.

The Rocher des Doms used to be Avignon's earliest settlement. In the 18th century, the rocky area was landscaped into a pleasant plateau with an artificial rock garden. Later on during the 19th-century additions included a lake and the statues of prominent Provençal figures, such as writer Félix Gras and artists Paul Saïn and Paul Vayson followed. Terraces were laid out in the 20th-century, offering sweeping views of the River Rhône, Pont St Bénézet, Villeneuve-lès-Avignon and the Alpilles.

Grands Bateaux de Provence provides a variety of river cruises on the Rhône, including boat trips between Avignon and Villeneuve-lès-Avignon. A return journey takes about 1 hour 15 minutes. Tickets can be bought at the Allées de l'Oulle landing stage, tourist offices, Pont St Bénezet or on board.

In addition, a frequent five-minute ferry service crosses the river from the Pont St Bénezet to the Ile de la Barthelasse. Visitors can take their bikes with them and ride around while enjoying magnificent views over the Palais des Papes and city ramparts.

Since 1947 Avignon's cultural highlight - the Avignon Festival - has taken place in July each year as the oldest and most famous of the festivals in France. Originally presenting pure theatre performances, nowadays the event includes contemporary and religious music, dance, poetry, circus, films, exhibitions and debates involving up to 600 separate organisations. The most prestigious productions are performed in the vast Palais des Papes courtyard, others within theatres, churches and sports halls.

A journey to Avignon is a journey through provençale gastronomy and culinary specialities with vegetables, meat, game and simmered fish with herbs and spices.

This is an excellent restaurant run by Jean-Marc Larrue, an experienced and creative chef who also offers cookery courses here. The cuisine is classic French with a Provençal twist, and occasionally elements from other culinary traditions are mixed in too.

This restaurant is situated in a 14th-century cloister previously occupied by Benedictine nuns. Run by expert chefs and twins Jacques and Laurent Pourcel, this trendy and popular restaurant offers southern-style dishes in beautiful surroundings. Vegetarians are well catered for. Closed Sunday and Monday.

This is a lively Cuban-style cafe and restaurant which is known for its great ambience and gorgeous menu. The dishes are combinations of Cuban, Peruvian, Spanish and French, to name but a few.

For a souvenir in silver or gold, shoppers should head for Vincent Joaillier, 12 Place du Change, a jewellery design shop founded in 1897.

The lively nightspots are situated around place de l'Horloge, place du Palais, trendy Rue Carnot and place des Corps-Saints and all become frenetic during the Avignon Festival. Licencing hours are not strict in France and bars stay open quite late (some past midnight) while some clubs are open well into the small hours.

Located at cultural hub La Manutention, 4 rue escalier Ste Anne, this is a very stylish bar where guests can relax amid the mirror-lined walls and modern sculptures.

Red Zone is one of the few clubs in Avignon which plays anything from salsa to house and is open until 0300.

Bokao'shas a chill-out cafe as well as a dance floor and VIP area.

The gracious Opéra d'Avignon built in 1847, overlooks place de l'Horloge. The season runs from October to June and includes operas, operettas and symphonic and chamber music concerts, as well as theatre and ballet.