The Modeste Beer Festival pays tribute to Modeste Van den Bogaert, who led the De Koninck brewery for over 50 years after his father's untimely death. Modeste also means modest, which is why only small Belgian brewers are invited to the festival, allowing them to showcase the best homegrown beers. For those looking for a quieter time, you won't just find beer at the Modest festival, there are also several cheese stalls with beer pairing with the Van Tricht cheese shop and various other activities during the festival.

Organised by the Antwerp beer College, the festival receives over 4,000 visitors each year and is hosted inside the De Koninck brewery festival hall. Entrance into the brewery is free with individual tastings being priced per stall.

The province of Antwerp itself has a lot to offer beer loves, with 14 breweries residing in the region. Local beers are regularly developed or rediscovered here and there are several prominent speciality beer cafes, and many internationally acclaimed beer festivals that take place. One of the oldest breweries in Belgium - Het Anker in Mechelen - is home to the world-famous Gouden Carolus Classis, moreover, there are several other beer gems brewed here including the famous “Bolleke Koninck” in the city of Antwerp and the deliciously foamy Duvel beer from Breendonk.

As well as spending plenty of time at the festival, sampling the fantastic range of beers on offer, you can take a tour of some of the best breweries around Antwerp.  The Brouwerij Het Anker is the city brewery of Mechelen and is one of the oldest in Belgium. Since 2010 the brewery has also been distilling its own whisky, called the Gouden Carolus Single Malt, using the malt mash of Gouden Carolus Tripel, and visitors can see the ripening warehouses where the whisky is patiently maturing.

If you can't make it during the beer festival, why not visit the spectacular Antwerp Christmas Market instead? 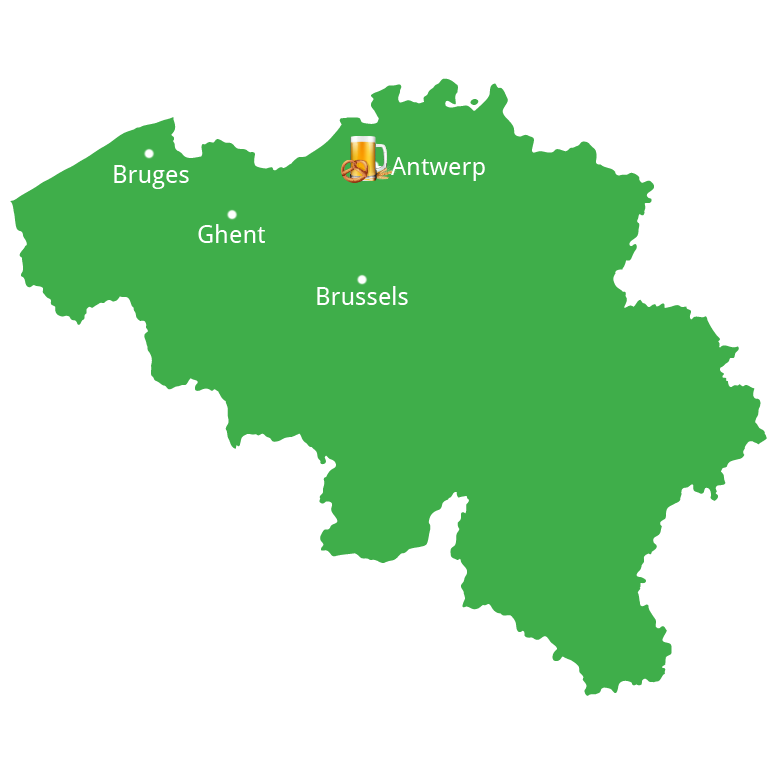 Visit Other
Nearby Festivals
Bruges Beer Festival
The Bruges Beer Festival commences during the beginning of February and brings together over 70 breweries and over 300 variety of beer.
Find out more
Brussels Beer Festival
Widely regarded as one of the most exciting beer festivals in Europe, the Belgian Beer Weekend celebrates the Belgian and Brussels beer tradition in style.
Find out more
Stay at Local
Maritim Hotels
Our preferred European hotel partner
No items found.
Subscribe to our Tours & Land Holidays offers
JOIN NOW
Thank you! Your submission has been received!
Oops! Something went wrong while submitting the form.
Read Some
Related Blogs
Find plenty of tips, advice and news stories in our weekly blog posts.
The Complete Guide To Oktoberfest
Although there are plenty of others to discover throughout Germany, Oktoberfest is still the country’s premier beer festival. Here is everything you need to know to enjoy this bucket list beer experience.
READ MORE
Everything You Need To Know About The Best German Beer Festivals
Beer festivals take place all over Germany throughout the entire year. Here is everything you need to know about some of the best events the country can offer.
READ MORE
5 Things That You’ll Find At Munich’s Starkbierfest
Munich's Starkbierfest is held in February and March and is the perfect alternative to Oktoberfest.
READ MORE
Three Cheers For A Festival Of Beers
There are plenty more european beer festivals besides Oktoberfest and so why not consider one of these excellent options.
READ MORE