Belgium’s rich beer heritage is celebrated in countless cafés in Brussels, which serve a host of beers including kriek and gueuze, and makes this city the perfect host for a truly spectacular beer festival.

Widely regarded as one of the most exciting beer festivals in Europe, the Belgian Beer Weekend celebrates the Belgian and Brussels beer tradition in style. Set against the backdrop of the stunning historic main square - the Grand'Place - it's a celebration of Belgium's national drinks and a chance to try their diverse range of beers including; blond beers, white beers, amber-coloured beers, fruit beers and strong beers.

Throughout the weekend over 35 small, medium and large-sized Belgian breweries, will be serving-up around 350 different beers, making the Belgian Beer Weekend one of the largest beer festival in the country. You can also take advantage of staying in the heart of Belgian beer production and take a visit to the Brussels Beer Project and enjoy a brewery tour. You will be able to tour their urban brewery, discovering the latest techniques and flavours in beer brewing as well as take part in a tasting of some brand new offerings. The city also still has two traditional breweries which are considered to be among the world’s best: the Zenne Brewery and Cantillon, which is part of the Brussels Gueuze Museum.

Entrance to the festival is free, but with numerous visitors expected and a high demand for accommodation, it is recommended that you check hotel rates and book as early as possible.

If you can't make it during the beer festival, why not visit the spectacular Brussels Christmas Market instead? 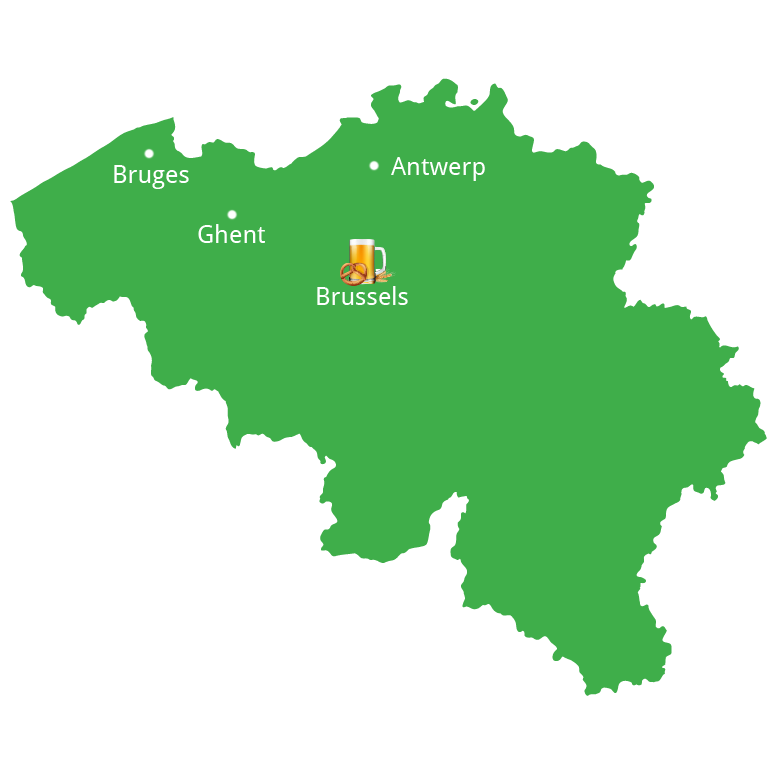 Visit Other
Nearby Festivals
Bruges Beer Festival
The Bruges Beer Festival commences during the beginning of February and brings together over 70 breweries and over 300 variety of beer.
Find out more
Antwerp Beer Festival
The Modeste Beer Festival pays tribute to Modeste Van den Bogaret, who led the De Koninck brewery for over 50 years
Find out more
Zythos Beer Festival
Zythos is the beer drinkers’ society of Belgium and they certainly know how to organise an amazing festival.
Find out more
Stay at Local
Maritim Hotels
Our preferred European hotel partner
No items found.
Subscribe to our Tours & Land Holidays offers
JOIN NOW
Thank you! Your submission has been received!
Oops! Something went wrong while submitting the form.
Read Some
Related Blogs
Find plenty of tips, advice and news stories in our weekly blog posts.
The Complete Guide To Oktoberfest
Although there are plenty of others to discover throughout Germany, Oktoberfest is still the country’s premier beer festival. Here is everything you need to know to enjoy this bucket list beer experience.
READ MORE
Everything You Need To Know About The Best German Beer Festivals
Beer festivals take place all over Germany throughout the entire year. Here is everything you need to know about some of the best events the country can offer.
READ MORE
5 Things That You’ll Find At Munich’s Starkbierfest
Munich's Starkbierfest is held in February and March and is the perfect alternative to Oktoberfest.
READ MORE
Three Cheers For A Festival Of Beers
There are plenty more european beer festivals besides Oktoberfest and so why not consider one of these excellent options.
READ MORE