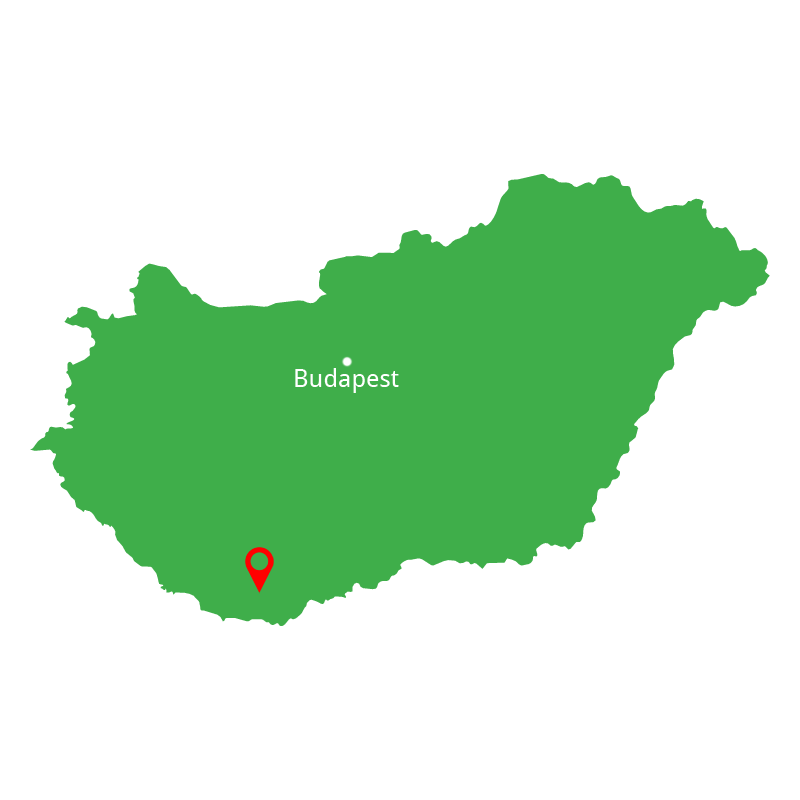 The Mosque of Pascha Gázi Kassim, a neo-romantic cathedral, is a souvenir from the Turkish occupation and a must-see on your visit to the Hungarian city of Pecs. The city walls are another point of interest, as are the theatre, the post office and the paintings donated by world-famous painter Victor Vasarely, born in Pécs. These works can be seen in the Vasarely Museum. Zsolnay Eozin (metallic green) porcelain originates from Pécs.

Pecs has many notable landmarks which reveal something about the history and culture of the city.

The very first Bishop's Palace in Pecs was built in the 12th century but was later reconstructed incorporating the Renaissance style to its design. Again, in the 18th century, the palace was once more refashioned into a Baroque building. Tourists may visit every Thursday during the summer season. The waiting room, parlour, dining and conference room, private library and chapel, and the Habsburg room are open for public viewing.

This house stands on Szinhaz Square and is the most striking building in the area and used to be an unfinished church and monastery of the Dominicans. During the 19th century, the church was transformed into an apartment house. Visitors can still see a picture of the old church on the facade of the house.

Afium is one of the best restaurants in Pecs. It offers local Hungarian dishes that are truly mouthwatering. Meals are very easy on the pocket and the servings are huge. The interior of the place is like a cellar with eclectic decor and a cosy atmosphere.

Palatinus Hotel Restaurant is one of the best restaurants in Pecs. The interior is very elegant with its huge arches and elegant marbled floor. The outdoor seating area gives patrons a breath of fresh air, a chance to gaze at the city and to watch people passing by. It serves international and eclectic cuisine and the prices are very affordable.

Visitors looking for curios or bargains should keep in mind that antique fairs are held the first Friday of every month, whilst there are flea markets and car markets every weekend. On Sundays, there are animal fairs as well.

People who want to experience the energetic and lively Pecs Nightlife can head to a bar or a club. Going to the nightspots can give tourists the chance to mingle with locals.

Rak is undoubtedly one of the best and most popular clubs in the city. The place is perfect for both relaxing and partying and guests can choose from a lot of drinks which are very inexpensive. Rak offers different kinds of music every night such as rock, blues, hip-hop, Hungarian hits, house and a lot more.

Club 5 is another famous nightspot in Pecs. During weekdays, this place is just a simple bar wherein guests can enjoy different drinks while unwinding. On weekends, it transforms into a club offering dancing to the latest music.

The Golden Triangle is also known as Little Bermudas and includes three bars that are Pacus, Dante Café, and Kiosk. The area has many trees that are over a century old. This is a favourite hangout for the younger crowd in Pecs and is a perfect place for people who enjoy bar-hopping. Each of the bars has different themes and music.