0800 035 0711
0800 988 3369
Home
/
Destinations
/
Belgium
/
Mechelen
Travel to...
Mechelen
A hugely underrated city in Europe, Mechelen is in the Flanders region of Belgium and provides another cost-effective alternative to busy summer weekends in some of the more established Belgian cities. 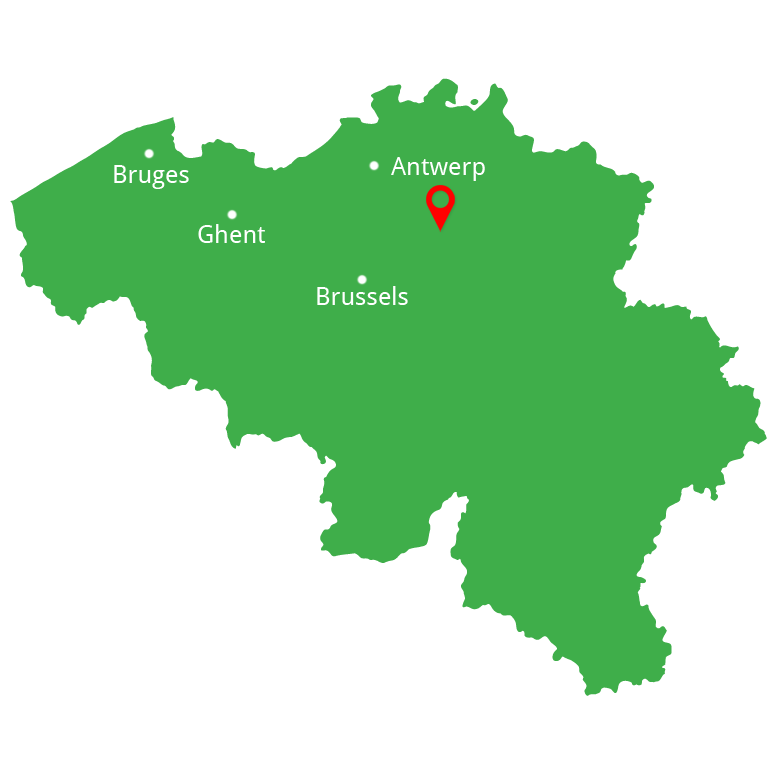 A hugely underrated city in Europe, Mechelen is in the Flanders region of Belgium and provides another cost-effective alternative to busy summer weekends in some of the more established Belgian cities.

Home to Belgium's foremost cathedral, a fantastic central square and several intriguing museums, Mechelen in a hidden gem and one of Belgium's most interesting historic cities. Fill your stay with visits to the abundance of fine churches, baroque buildings and picturesque canals. Having said that, Mechelen also has one foot in tomorrow. It's high population of young, educated people led it to be named in the Financial Times' top ten cities of the future list.

If you are keen to discover other parts of Belgium, we can also help you arrange trips such as Bruges city breaks or hotels in Antwerp.

Dating all the way back to the 13th century, and boasting stunning panoramic views of the city below, no trip to Mechelen is complete without ascending the St Rumbold's Tower. On a clear day, you can even see as far as Brussels and Antwerp.

Working for private clients and museums, the De Wit Royal Tapestries Manufacturers restore, clean and maintain important tapestries. You can see them at work, admire the historic building they work in and see their prestigious private collection as part of the guided tours that take place every Saturday morning.

This extensive museum offers more than just the chance to see the toys of your childhood behind glass display cases. You can also relive some of those precious memories by getting hands on and actually playing some of the games.

Technopolis is another interactive museum, this time focussed on science and technology. The exhibitions encourage learning through participation and are split into different categories that include sport, practical and CSI. Visitors have the opportunity to land a plane by themselves, virtually dissect animals in 3D and stand inside a soap bubble.

These historical buildings stand opposite each other and were once the residences of Margaret of Austria, Regent of the Hapsburg Netherlands, and her stepgranddaughter Margaret of York. There is a lot of history on display here, as well as some beautiful gardens.

Hof van Busleyden is a Renaissance Palace completed by influential intellectual Jeroen van Busleyden in 1516. This former residence is now a museum which is dedicated to works by Flemish artists from the Burgundian era. The museum is currently being refurbished and will open again in 2018.

During WWII, the barracks here were used as a transit camp for thousands of Belgian Jews before they were taken on to concentration camps. Today's museum captures their harrowing story and tries to explain what life would have been like for them during the Holocaust.

Situated in the heart of the city, in the shadow of the Cathedral is this cosy and atmospheric restaurant. Serving traditional and seasonal dishes, there is a contemporary twist to everything on the menu here.

Nostradam is the place for diners seeking something out-of-the ordinary, and a venue where no chair or table matches, and no plate or glass is the same. The menu features a wide selection catering to all dietary needs.

Moored in the heart of Mechelen is this top-quality boat restaurant, serving traditional Greek recipes with a modern twist.
‍

This local speciality is both the name of a crossbreed chicken and a dish which features the bird. In the dish, the meat is roasted, covered in a local beer sauce and served with some fresh vegetables.

The Belgians do chocolates and pralines better than most countries, so you can't go wrong when trying some of the local sweet treats. Because the people of Mechelen have the nickname 'Maneblussers' of 'Moon Extinguishers' (read the rather amusing reason why here), many of the biscuits and chocolates are shaped like crescent moons.

Famous for its 'Gouden Carolus' beer, and founded in 1369, Het Anker is one of Belgium's oldest breweries.

Winter Garden of the Ursuline nuns

Part of a magnificent complex, the Winter Garden is a magnificent example of Art Nouveau architecture and design and showcasing unparalleled stain glass windows. ‍

This large park area is on the outskirts of the city and is a great place to relax. You can admire the beautiful Rose Garden or take part in one of the many sporting activities that are available.

A Beguinage is housing complex built for communities of religious women during known as Beguines. These were cities inside the city, with their own churches, bakeries, nursing homes and even breweries, and the largest one in Mechelen has been given UNESCO World Heritage status.

The people of Mechelen earned the nickname of Maneblussers (Moon Extinguishers) when a drunken man mistook low cloud and moonlight shining through St. Rumbold's Tower for a fire. He gathered the whole town with buckets of water before they realised they were trying to put out the moon.

Unique City
Special Events
Discover seasonal events
No items found.
No items found.
Stay at Local
Maritim Hotels
Our preferred European hotel partner
No items found.
Subscribe to our Tours & Land Holidays offers
JOIN NOW
Thank you! Your submission has been received!
Oops! Something went wrong while submitting the form.
Book Your
Excursions
By clicking an excursion below, you will be taken to the website of our booking partner Viator. Viator is a TripAdvisor company and reservations made using this link will be made directly with Viator. Full terms and conditions apply.
Inspiration & Advice
Our Blogs
Find plenty of tips, advice and news stories in our weekly blog posts.
5 Dishes To Try When Visiting…Belgium
Chocolate is all well and good but it would be ill-advised to eat them for breakfast, lunch and dinner. So, here are a few dishes to look out for next time you find yourself in Brussels, Bruges or Ghent.
READ MORE
A Belgian City For Every Kind Of Traveller
Belgium attracts beer and chocolate lovers by the thousand every year, but there is much more to the towns and cities of Flanders and Wallonia than these culinary staples.
READ MORE