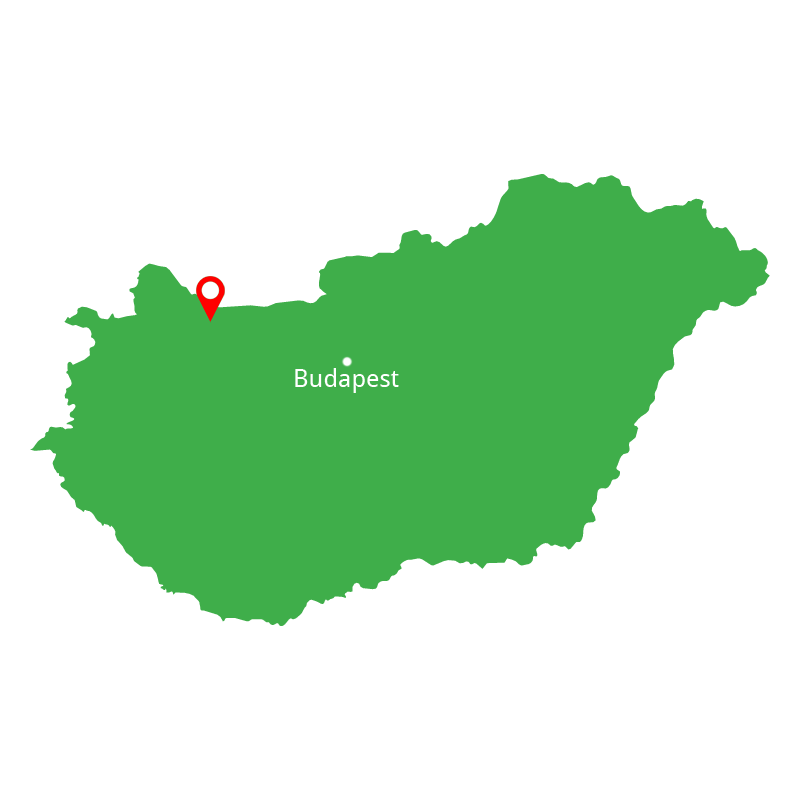 "The town of rivers", or Arrabona, as the Romans called it, is a nearly 1000-year-old bishopric where Napoleon won a battle in 1809. Gyor is famous for its schools and industry. It has a nice downtown area and it is beautiful baroque buildings. The ancient "heart" of the town is at the junction of three rivers - the Danube, Raba and Rabca - at Kaptalan Hill. Puspokvar, the residence of the bishops of Gyor, can be easily recognised by the Csonka Tower. Its oldest buildings are 'Lakotorony', built in the 13th century, and the Gothic 'Doczy Chapel', built in the 15th century.

The Roman Era predecessor of the Bishop's Cathedral already stood at the site in 1030. The Gothic Saint Laszlo Chapel (Hedervary Chapel), added 400 years later, was built for the canonisation of King Laszlo I (1077-95). This chapel contains the masterpiece of Medieval Hungarian goldsmith's work, the Saint Laszlo Herma, a gilded silver masterpiece.

Gyõr, a mellow and colourful town, is situated half-way between Vienna and Budapest and hosts a vast array of architectural, cultural and natural treasures. It is Hungary's second richest town in terms of historic buildings and has won awards for the protection of these, in acknowledgement of the reconstruction of the Baroque centre of the town. Churches, palaces, museums, characteristic corner-balconies and narrow lanes are all reminders of a historic past and invite visitors to take a walk in the centre of the town.

A city of reasonable size and stature, Gyõr is home to plenty of restaurants that suit most travellers. Whilst it is fair to say that many of the city's restaurants and other dining options do specialise in Hungarian cuisine, others provide a more international flavour, with French-style eateries and Italian pizzerias being firm favourites with tourists.

Wherever you choose to eat, all restaurants have one thing in common, they certainly feed you well. You can expect filling portions when dining out here, leaving little room for a pudding.laces to eat.

Many shops are spread around the city of Gyõr and the historic Inner Town area of Belváros, offering an array of gift ideas and Hungarian souvenirs.  The main shopping precinct lies in the very heart of the city centre and off the Svent Itsván Utca, conveniently close to many of the largest and most popular hotels.

Close by, the Arkád Shopping Centre is just a short walk to the east and can be found on the Budai Utca, close to the Galántai Utca and the Mártirok Utca.