0800 035 0711
0800 988 3369
Home
/
Destinations
/
Czech Republic
/
Brno
Travel to...
Brno
The second largest city in the Czech Republic is a very beautiful city and many visitors take advantage of the selection of Brno city breaks we have available. 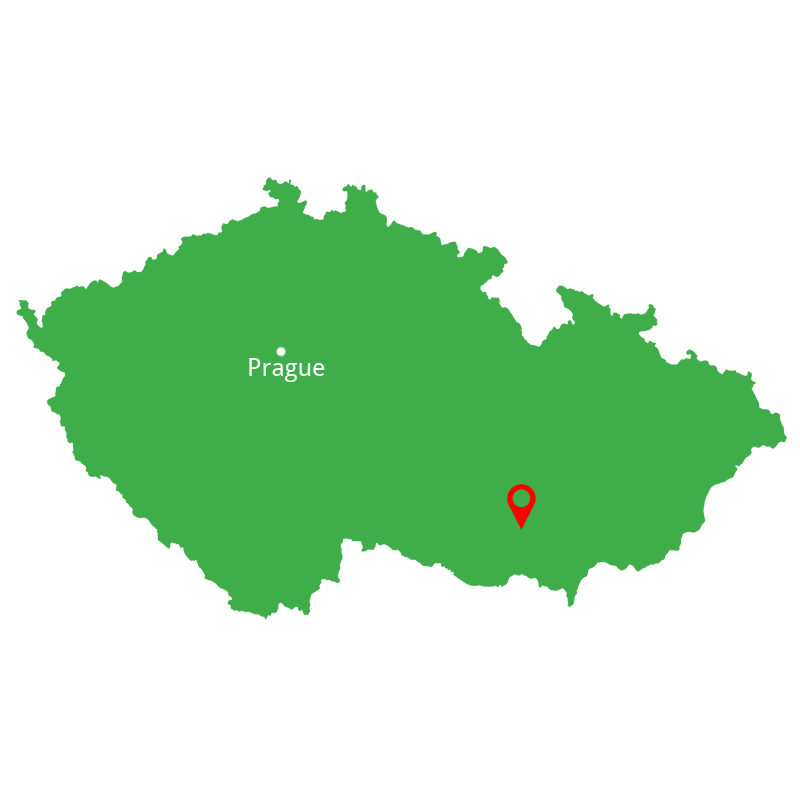 Brno has not been well discovered by tourists and you, therefore, have an opportunity to see real life in the Czech Republic without crowds of holidaymakers and overpriced services as is common in Prague. Brno is a relaxed city full of culture and tradition and is a place to unwind, attracting many day-trippers on nearby Prague City Breaks. A Brno city break has plenty to see and do, giving you the time to relax and unwind whilst taking in the highlights of this cultural treasure. Both the Brno and Prague Christmas Market are popular in the winter months attracting visitors to experience the festive Christmas stalls where you will find everything for from decorated gingerbread to roast chestnuts and fragrant punch.

Brno is a very beautiful city and many visitors take advantage of the selection of Brno city breaks we have available, located amongst picturesque city lanes and town houses. The two hills of Petrov and Spilberg look over a cultural city steeped in heritage and surrounded by forest slopes on three sides. The city has a bespoke atmosphere which seems untouched by tourists, offering visitors an opportunity to experience a taste for the real Czech Republic without the tourist distractions.

On top of the Petrov Cathedral, the dome of Saint Peter and Paul is situated. This historic monument attracts visitors all year round and is a sight to behold. With its two sky-scraping spires, the cathedral can be seen from miles around. The city centre is home to renaissance houses, palaces and interesting churches. Highlights include the House of Lords of Lipe, the Ditrichstein Palace, as well as the house of the Lords of Kunstat and the old gothic town hall, where the Brno Dragon hangs in the throughway.

The church is situated on the Capuchin Square near the Cabbage Market. Its front is decorated with the Baroque sculptures by Jan Adam Nessman from 1765.

Next to the church stands the Capuchin Monastery, but the most interesting attraction is the Capuchin crypt which is located beneath the church. Due to the good geological structure of the soil and a system of air-holes, it was possible to mummify the corpses which have been preserved in the underground of the church to the present-day. Along with the members of the Capuchin Order, the builders Ondřej and Jan Křtitel Ern and Baron Franz von der Trenck (a commander of the Pandur and Špilberk prisoner) are buried there.

Visitors can attend a permanent exhibition which includes a tour of the Capuchin crypt with mummies.

Another dominant feature of Brno is Spilberk Castle. It was established around the mid-13th century by the Czech king Ottokar II of Bohemia. After a fire in 1578, it was transformed into the Renaissance building by Antonín Paris. During the Thirty Years' War, the castle was turned into a Baroque fortress. In 1820, the fortress was converted into a prison, which was called the "dungeon of the nations" in the Austro-Hungarian Empire as it was the place of political persecution.

Today, the Spilberk castle houses the Brno City Museum. There are permanent exhibitions such as The Casemates (with a torture chamber and instruments of torture), Baroque Pharmacy and Lapidary. Another tourist attraction is a lookout tower and you can also visit the north and west wing of the castle.

Cathedral of St. Peter and Paul

The cathedral is situated on the natural rock formation called Petrov. It is the dominant feature of Brno and creates the city's typical silhouette. From the former Romanesque basilica, which was built as a part of the former Brno Castle in the 11th century, it was turned into a Gothic cathedral in the 14th century. Between 1738 and 1748 it was rebuilt in the Baroque style by Mořic Grimm. The interior of the building is splendidly equipped with the sculptures by Ondřej Schweigl. There is the largest preserved fragment of the city walls under the cathedral.

Admission to the cathedral is free.

You have a great opportunity to taste Czech cuisine in Brno. A typical Czech dish is roast pork with dumplings and cabbage or fried cheese with potatoes or chips. There are lots of restaurants which offer food and drink for €6, even those situated in the Brno centre. At midday, the bulk of restaurants provide their customers with menus for more attractive prices.

To eat well you have to drink well. A traditional Brno beer brand is Starobrno; however restaurants also offer other brands such as Pilsner Urquell and Gambrinus. A pint of beer usually costs about €1, even in the city centre restaurants.

Another traditional Czech drink is Kofola, which tastes similar to Cola, but due to natural ingredients and liquorice it has an unmistakable and intriguing taste.

While visiting the city centre, take some time for a quick meal and browse along the pedestrian shopping zone, which unfolds between Námestí Svobody and the train station. Prices for goods are often cheaper here than in Prague, so you may find a better deal for the crystal vase or pair of earrings you were thinking of buying.

While it may lack Prague's energy, Brno still has plenty to offer at night. A strong range of cultural activities is on offer, with a local theatre and symphony providing world-class entertainment.

For the young at heart, the Boby disco (open daily 7pm-3am) at the Boby Hotel is the place to dance the night away. The music is endless, as is the line if you don't get there early enough. Admission is around 100Kc ($4.75/£2.40). Otherwise, be Czech and go to any number of local pubs, which are located on nearly every street corner. Start out at the Stopkova Pivnice just off the main square, and see where the night takes you. You'll go no more than 2 minutes in any direction before another pub tempts you.

Discover more
Did you know?
Unique City
Special Events
Discover seasonal events
No items found.
No items found.
Stay at Local
Maritim Hotels
Our preferred European hotel partner
No items found.
Subscribe to our Tours & Land Holidays offers
JOIN NOW
Thank you! Your submission has been received!
Oops! Something went wrong while submitting the form.
Book Your
Excursions
By clicking an excursion below, you will be taken to the website of our booking partner Viator. Viator is a TripAdvisor company and reservations made using this link will be made directly with Viator. Full terms and conditions apply.
Inspiration & Advice
Our Blogs
Find plenty of tips, advice and news stories in our weekly blog posts.
5 Fantastic Czech Cities That Aren’t Prague
Whilst many travellers head straight for the capital Prague, there are so many other great Czech cities that are also worth a mention. Here’s a look at five that are definitely worth your consideration when you’re next looking for hotels in the Czech Republic.
READ MORE
The Definitive Guide To A Prague City Break
Here is everything you need to know when heading to the Czech Republic for a Prague city break. Dine like a local and see the best sights with our great guide.
READ MORE
4 Spectacular Sport Fixtures To See In 2020
The year 2020 is full of exciting sports events you won’t want to miss out on, whether you’re a hard-core Formula One fan or an avid supporter of German football. There’s a multitude of sport-related fixtures organised every month of the year, spread out over a few European cities.
READ MORE