0800 035 0711
0800 988 3369
Home
/
Destinations
/
Czech Republic
/
Cesky Krumlov
Travel to...
Cesky Krumlov
If you have only time for one excursion when in the Czech Republic, seriously consider making it Ceský Krumlov. Book your visit with Fred.\ Holidays, today! 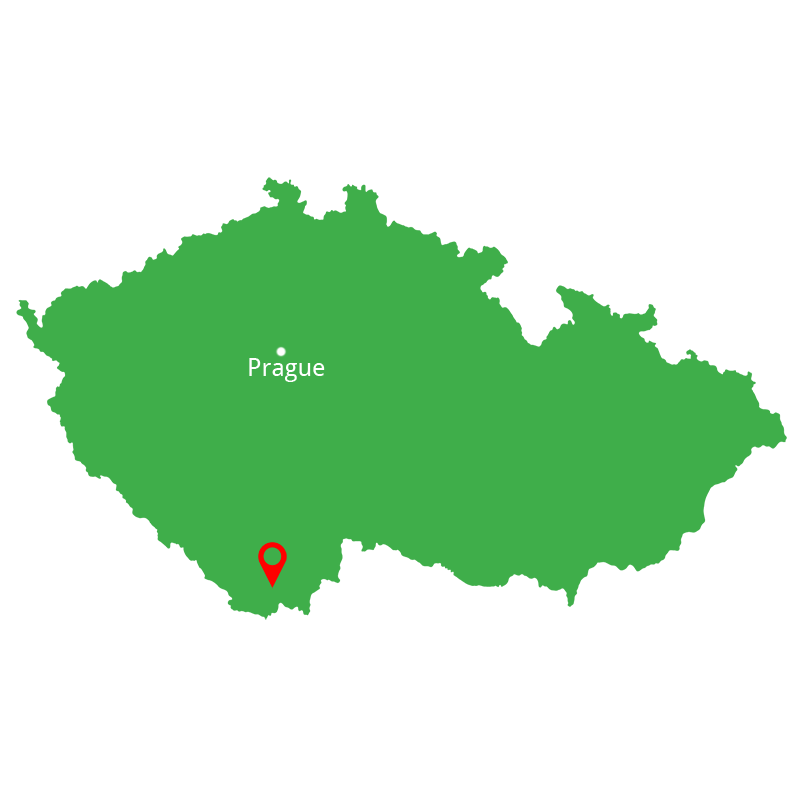 If you only have time during your visit to the Czech Republic to explore one city, seriously consider making it Ceský Krumlov. One of Bohemia's prettiest towns, Krumlov is a living gallery of elegant Renaissance-era buildings that include charming cafes, pubs, restaurants, shops and galleries. In 1992, UNESCO named Ceský Krumlov a World Heritage Site for its historical importance and physical beauty.

Bustling since medieval times, the town, after centuries of embellishment, is exquisitely beautiful. In 1302, the Rozmberk family inherited the castle and moved in, using it as their main residence for nearly 300 years. You'll feel that time has stopped as you look from the Lazebnický Bridge and see the waters of the Vltava below snaking past the castle's grey stone. At night, by the castle lights, the view becomes even more dramatic.

Late spring to early autumn can be very busy on the medieval streets of this city. If possible, try to visit in the off-season, when the crowds recede, the prices decrease and the town's charm can really shine.

Reputedly the second-largest castle in Bohemia (after Prague Castle), Ceský Krumlov Château was constructed in the 13th-century as part of a private estate. Throughout the ages, it has been passed on to a variety of private owners, including the Rozmberk family, Bohemia's largest landholders, and the Schwarzenbergs, the Bohemian equivalent of the Hilton family.

Perched high atop a rocky hill, the château is open from April to October and can only be viewed as part of a guided tour.

Dating back to the 15th century, the church watches over the city and features beautiful frescoes.

Learn about the history of Bohemia and Český Krumlov, as you admire archaeological finds and a miniature version of the city.

Standing next to the river and looming over the Old Town, the castle looks back on hundreds of  years of Bohemian kings.

Puppetry is a keen tradition in this part of the world and the museum showcases the history of the art form. There are also regular performances.

Make your way to the top on foot or by using the chairlift, then enjoy views as far as the Alps on a clear day.

One of the town's most celebrated restaurants, this place specialises in freshwater fish from the surrounding lakes. Trout, perch, pike, and eel are sautéed, grilled, baked, and fried in a variety of herbs and spices. Venison, rabbit, and other game are also available, along with the requisite roast beef and pork cutlet dinners.

Restaurace Na Ostrove (On the Island)

In the shadow of the castle and, as the name implies, on an island, this restaurant is best on a sunny day when the terrace overflows with flowers, hearty Czech food (including plenty of chicken and fish), and lots of beer. The staff are very friendly and it's a great place to relax and enjoy the view.

This newly restored millhouse, dating back to the 16th-century, is a restaurant, antique shop, and exhibition all in one. Large wooden tables and benches are part of the thematic restaurant on the ground floor, where a traditional Czech menu is served. The terrace on the bank of the Vltava River is a terrific place to sit in the summer.

Typical gifts from the Czech Republic are wooden toys and these can be found in abundance in the many gift shops of Cesky Krumlov. You will also find various examples of Czech ceramics, traditional gingerbread moulded into all sorts of figures from little devils to chickens, and painted blown Easter eggs.

Travellers Hostel Bar, housed in a cavernous former horse stables passageway in the centre of town, has been the dominant hang out spot in town since the floods of 2002. Almost every night of the week, there will be people gathered here drinking, smoking and talking. There are frequent live music performances, a good little restaurant is tucked into the corner of the courtyard and the neverending flow of migrating people means that every evening is different.

The 'Krumlov' part of the city's name is said to come from a phrase which means 'crooked meadow' in German. The Cesky part simply means 'Bohemian'.

Unique City
Special Events
Discover seasonal events
No items found.
No items found.
Stay at Local
Maritim Hotels
Our preferred European hotel partner
No items found.
Subscribe to our Tours & Land Holidays offers
JOIN NOW
Thank you! Your submission has been received!
Oops! Something went wrong while submitting the form.
Book Your
Excursions
By clicking an excursion below, you will be taken to the website of our booking partner Viator. Viator is a TripAdvisor company and reservations made using this link will be made directly with Viator. Full terms and conditions apply.
Inspiration & Advice
Our Blogs
Find plenty of tips, advice and news stories in our weekly blog posts.
5 Fantastic Czech Cities That Aren’t Prague
Whilst many travellers head straight for the capital Prague, there are so many other great Czech cities that are also worth a mention. Here’s a look at five that are definitely worth your consideration when you’re next looking for hotels in the Czech Republic.
READ MORE
4 Lesser-Known Locations From Our New 2018 Brochure
With our new brochure on the horizon, we highlight some fantastic destinations that might not be at the forefront of your mind.
READ MORE