The origin of the DOM dates back as far as the 1300s when there used to be regular markets held by merchants, jugglers and craftsmen etc. outside of the old cathedral, or Dom. The story says that the name was given to this market after it became a habit of theirs to head inside the cathedral when the weather took a turn for the worse.

Initially, the Archbishop took umbrage with this but, after heavy protest from the people in his congregation, they were eventually granted permission to continue this act of evading the weather. As the years went by, the old cathedral grew tired and was eventually torn down, but the market-like celebrations have continued ever since.

Now held on Heiligengeistfeld, the thrice-yearly festival has grown from being a place where merchants and craftsmen could come to sell their wares to a full-on fairground which regularly includes exciting roller coasters, numerous beer tents and fun at every turn. The area of around 3kms is filled with thousands of revellers looking for a good time. You'll find plenty of local food stalls and chances to taste the town's brew, whilst the never-ending lights and music of Hamburg's 'Reeperbahn', or sinful mile, are on hand to aid you in continuing your celebrations well into the night.

To plan your trip to The Hamburg Summer Dom, request a quote via our contact form.

For a festival that rivals Munich's Oktoberfest, there is no alternative to the Hamburger Dom. 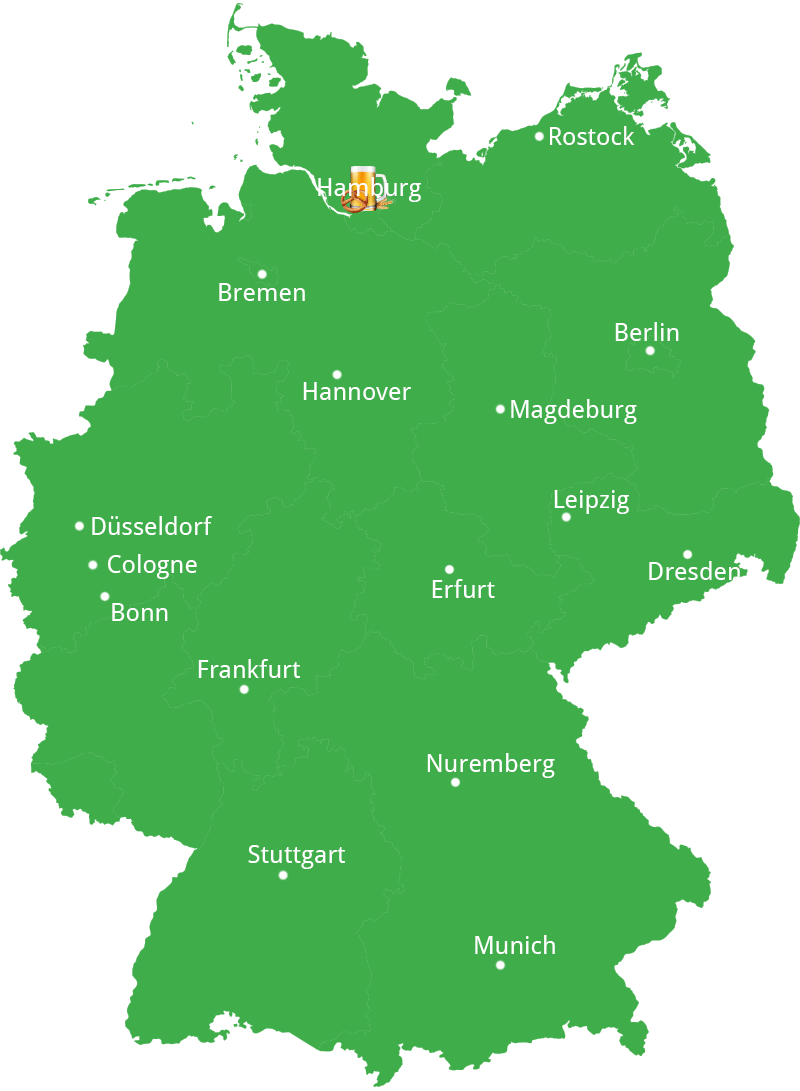 Visit Other
Nearby Festivals
Hamburg Spring Beer Festival
The DOM is a part of Hamburg's tradition and guarantees adventure, fun, excitement and nostalgia. Book a trip to the city during this time with Fred.\
Find out more
Hamburg Winter Beer Festival
This Beer festival comes alive at winter and consists of live festive music, thrilling rides at the fun fair and attractions for all the family. Book today!
Find out more
Hanover Beer Festival
July brings with it the start of the world's biggest shooting festival in Hanover, which happens to include its fair share of beer as well. Book today!
Find out more
Bremen Beer Festival
'Ischa Freimarkt' (it is Freimarkt) is what the Bremen inhabitants say when what is known as their 'fifth season' starts in autumn. Book your trip, today!
Find out more
Stay at Local
Maritim Hotels
Our preferred European hotel partner
No items found.
Subscribe to our Tours & Land Holidays offers
JOIN NOW
Thank you! Your submission has been received!
Oops! Something went wrong while submitting the form.
Read Some
Related Blogs
Find plenty of tips, advice and news stories in our weekly blog posts.
The Complete Guide To Oktoberfest
Although there are plenty of others to discover throughout Germany, Oktoberfest is still the country’s premier beer festival. Here is everything you need to know to enjoy this bucket list beer experience.
READ MORE
Everything You Need To Know About The Best German Beer Festivals
Beer festivals take place all over Germany throughout the entire year. Here is everything you need to know about some of the best events the country can offer.
READ MORE
5 Things That You’ll Find At Munich’s Starkbierfest
Munich's Starkbierfest is held in February and March and is the perfect alternative to Oktoberfest.
READ MORE
Three Cheers For A Festival Of Beers
There are plenty more european beer festivals besides Oktoberfest and so why not consider one of these excellent options.
READ MORE