Festive magic spreads throughout Nuremberg and, on the Friday before the first Advent Sunday, a sparkling Christmas Angel comes to officially open the Nuremberg Christmas Markets in the main market square with a traditional yuletide recital.

The city boasts numerous markets including one at the Main Market Square (Hauptmarkt) in front of the Church of our Lady; the Markt der Partnerstädte (market of Sister Cities) which takes place at the Rathausplatz, and the beautiful Children’s Christmas Market on the Hans-Sachs-Platz, with its nostalgic merry-go-round.

All stalls are tastefully designed and decorated as their owners compete every year for the 'most-beautifully decorated Christmas hut'. The winner is awarded a golden 'Zwetschgenmännchen', a traditional figure made out of prunes which are also popular souvenirs for Christmas market visitors. The stalls have much more on offer, from traditional spicy gingerbread and other regional delicacies to decorative arts and crafts.

Famous for its beautiful medieval town, its history and Albrecht Dürer - Germany’s greatest artist of the Middle Ages, Nuremberg is also a city of ‘firsts’. The first pocket watch and the first globe were made here.

The largest “Feuerzangenbowle” in the world – a red wine and rum punch – is also in Nuremberg. The name comes from the tongs which hold a burning, rum-soaked sugar cone over the punch bowl. The sugar melts until it becomes caramelised and drips into the wine below.

Nuremberg's youngest visitors are perfectly catered for with the charming Children's Christmas Market right next to the main market. Historic carousels, a steam train and a variety of special events entertain both young and old. 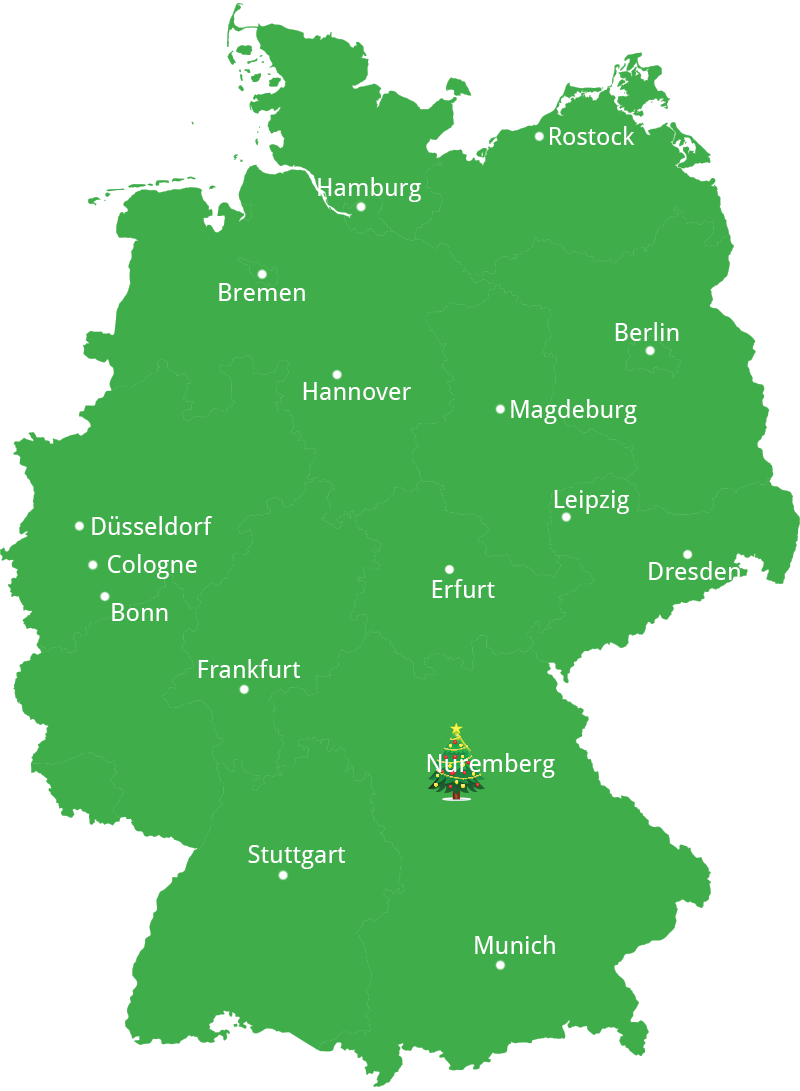