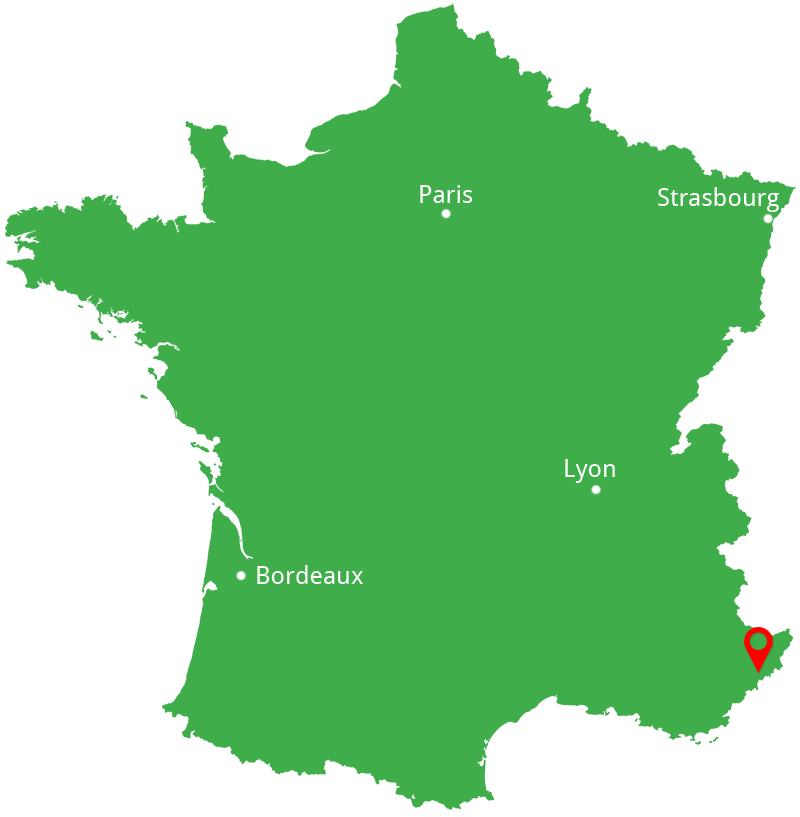 The beautiful city of Nice has been a shimmering jewel in France's tourism crown for many years. Situated on the Riviera, in the popular south of France, holidaymakers flock to this seaside city every year to enjoy their very own Nice city break. One of the big draws of this part of the world is the fact that the summers are both hot and long, leaving tourists with a full six months of usually glorious weather to enjoy their time in France.

Its many attractions include the beautiful and tranquil beaches, picturesque seaside promenade, fascinating museums and famous landmarks. Second only to Paris in regards to the number of museums that there are for you to explore, Nice shows that it is not all about sun, sea and sand as it also has its fair share and art and culture too.

Each year, at the beginning of February, the Nice carnival draws in massive crowds that love to watch the dancers and musicians as they parade through the streets. It's also worth mentioning that during your Nice city break you will be just an hour away from the celebrity hotspot of Cannes; a place that attracts a vast amount of people for the annual film festival.  Nice and Cannes are conveniently connected by bus and train.

The Museum of Art and History in the Palais Masséna features contrasting landscapes both in intensity and character. The modern museum contains collections over 3 levels in 23 rooms and favours a chronological, historical and thematic approach. In total, about 15,000 works of art can be found there, covering the most significant historical events of Nice from Bonaparte and the Napoleonic Empire (1793-1815) until the thirties.

Wonderful buildings from the 17th and 18th centuries can be found across the city. For example, the City Hallwas built in 1730 and was used as a diocesan seminary, hospital and barracks. The opera house is a typical example of Second Empire architecture, which was inaugurated after a large fire in 1881.

The largest church in Nice is the Basilique Notre Dame. It is also the oldest of the modern religious structures erected in the heart of the new town after the Comté de Nice became part of France.

The beaches of Nice are one of the highlights of the city. The best ones can be found in Antibes and Juan Los Pins. Along the wonderful Mediterranean seaside, numerous restaurants, cafés and boat rental shops are located.

The restaurant La Réserve serves excellent French specialities with a unique view of the sea. During their stay, guests can watch the ships through the huge windows or from the wonderful terrace.

The La part des Anges bar is famous for its wine, but there are also small restaurants inside. Guests have the opportunity to order wine in glasses - in France it is more common to order whole bottles - however this means that guests can sample a range of excellent wine. The platters of cold meat are recommended as well as the cheese with bread and the risotto.

Reasonably priced for the region is the Chez Christine on Rue Pairoliere in Old Nice. The pasta menus start at about €9 and include a glass of wine, water and a dessert.

Shopping in Nice is a must. Numerous different markets and little shops provide typical regional products, but the larger stores offer the internationally influential French fashions.

All in all, Nice has about 7,000 shops which provide something for every taste and budget. The majority are to be found in the city centre. Charming little shops offer the regional highlights such as olive oil and typical sweets.

The Flower Market, Marché aux Fleurs, is an experience not to be missed. From Tuesday to Sunday, various wonderful plants and flowers can be admired and purchased.

The Marché à la Brocante is a popular flea market with a wide variety of wares available and is opened every Monday.

A woman by the name of Catherine Segurane will forever be remembered in Nice for helping withstand a siege by the Franco-Turks. During one raid, she attacked a soldier with her laundry bat and, soon after, the army retreated.

Unique City
Special Events
Discover seasonal events
No items found.
No items found.
Stay at Local
Maritim Hotels
Our preferred European hotel partner
No items found.
Subscribe to our Tours & Land Holidays offers
JOIN NOW
Thank you! Your submission has been received!
Oops! Something went wrong while submitting the form.
Book Your
Excursions
By clicking an excursion below, you will be taken to the website of our booking partner Viator. Viator is a TripAdvisor company and reservations made using this link will be made directly with Viator. Full terms and conditions apply.
Inspiration & Advice
Our Blogs
Find plenty of tips, advice and news stories in our weekly blog posts.
France’s Most Impressive Buildings Away From Paris
Part of the allure of Paris is the wealth of beautiful architecture that can be found on the streets, but France has plenty of striking buildings away from the capital.
READ MORE
5 Dishes To Try When Travelling To…France
There is no better place to sample French classics than in their home country and there are also plenty of gastronomic delights that are less well-known.
READ MORE
Why Nice Is Picture-Perfect For Art Lovers
Nice has been a desirable destination for the upper classes for centuries. Now much more suited to the masses too, it boasts modern areas that contrast with the Old Harbour and a world-class range of art galleries.
READ MORE