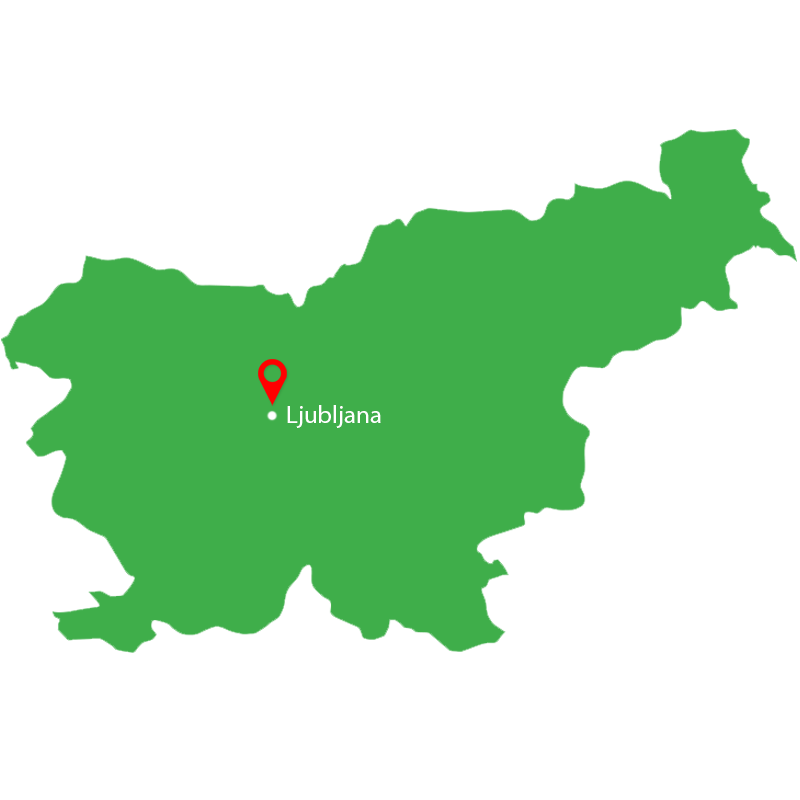 This mid-sized European city has managed to preserve the warm welcome and friendliness of a relaxed small town while offering all the facilities and attractions of a modern capital. Each year the city plays host to over 10,000 cultural events, including 14 international festivals, from prestigious musical, theatre and art events to alternative and avant-garde celebrations.

The city itself is reminiscent of an open-air museum, showcasing architecture and design from various stages of its history. Its oldest architecture has been preserved from the Roman period, however its old town was shaped in the Middle Ages. Many of its downtown buildings were destroyed in an earthquake in 1511 and were rebuilt in the Baroque style, as was common in Italy, particularly Venice, at that time. Another earthquake in 1895, meant that Ljubljana was partially rebuilt once again, this time in Vienna Secession style which you can see contrasting with the former baroque buildings that still remain today.

For a more in-depth look at the city, check out our definitive guide to a Ljubljana city break.

50 minutes south-west of the city, the Škocjan Caves have been carved out of limestone by the underground Reka River over thousands of years. This spectacular underground world is truly a sight to behold - dominated by gigantic dripstones, the rapids of a subterranean river, and underground lakes; it's no wonder they are included in the UNESCO World Heritage list.

The largest park in Ljubljana is home to a variety of bird species and sculptures. This is also where you will find Tivoli Castle, built in the 17th century, atop the ruins of a previous Renaissance period castle.

See the major sights of Ljubljana and get to know the city's many faces in the company of a guide.

Several tourist boats depart regularly from certain piers along the Ljubljanica - choose from a cruise either with or without a guide.

This mighty medieval fortress, a symbol of the Slovenian capital, is perched overlooking the city and can be reached via the Ljubljana Castle Funicular in just 60 seconds. Once there, take the "Time Machine" tour for a fascinating insight into six decisive periods that have marked the history of the castle and the development of the city. At each of the "time stations", you will be met by a figure in costume, representing his or her period.

This square is named after Slovenia's most beloved poet. Part of the old town's pedestrian zone and a major meeting point where festivals, the Ljubljana carnival, concerts, sports, political, and protest events take place, the square also showcases several of the city's prime examples of art nouveau architecture.

Regarded by many locals as the city's best restaurant, Gostilna As combines first-rate service with understated luxury and great food. Dishes include sea bass laced with fresh truffle.

Long a favourite of visiting businessmen, this classy fine dining retreat may test the credit card but the food is excellent.

A funky new addition to the Ljubljana dining scene located by the river in the old town. Chic décor is backed up by friendly service and a fresh, creative menu that turns its eyes firmly towards the Mediterranean. With truffles in season, autumn and early winter are a highlight.

Slovenska, which cuts across the city centre, boasts big name shops and the Nama department store. However, a far more pleasant and relaxed experience can be found in the old town squares of Stari Trg, Mestni Trg and Gornji Trg. Here, beautiful medieval and baroque buildings house eclectic boutique shops selling everything from jewellery, perfume, shoes and clothes to traditional crafts and designer gear made in studios behind the stores. The right and left banks of the Ljubljanica River are also increasingly home to boutique stores and small art galleries.

The largest of its kind in the country, the giant BTC features not only some 450 shops selling everything you could possibly imagine but also boasts a range of other services. There are restaurants, bars, a post office, multiplex cinema, indoor go-cart racing, a comedy theatre, billiards, volleyball courts, an enormous water park, conference facilities and its very own business district housing some of the best-known local and international companies.

Ljubljana's large student population fuels a varied and buzzing nightlife when they are in town. In summer, tables burst out onto the banks of the Ljubljanica at Café Maček, the place to see and be seen on the old town side. Super stylish Galerija, is the haunt of the local beautiful people with its swish Ottoman décor and chic cocktails while Opera Bar brings a touch of Aussie style to Ljubljana. The Cutty Sark is a bustling British-style bar, which is a firm favourite of the local expat community and also a good place to meet locals. Finally, Irish effort Patrick's has some of the friendliest bar staff in town.

Discover more
Did you know?
Unique City
Special Events
Discover seasonal events
No items found.
No items found.
Stay at Local
Maritim Hotels
Our preferred European hotel partner
No items found.
Subscribe to our Tours & Land Holidays offers
JOIN NOW
Thank you! Your submission has been received!
Oops! Something went wrong while submitting the form.
Book Your
Excursions
By clicking an excursion below, you will be taken to the website of our booking partner Viator. Viator is a TripAdvisor company and reservations made using this link will be made directly with Viator. Full terms and conditions apply.
Inspiration & Advice
Our Blogs
Find plenty of tips, advice and news stories in our weekly blog posts.
5 Dishes To Try When Travelling To…Slovenia
Although there will be plenty of international cuisine on a Ljubljana city break, it’s worth trying some of these local delights during your trip.
READ MORE
Your Definitive Guide To A Ljubljana City Break
Here's everything you need to know about a trip to the Slovenian capital. We tell you the best places to stay, great restaurants to try & what to do whilst you're there.
READ MORE
3 Alternatives To…A Paris City Break
Sometimes the obvious choice is too expensive, too crowded or just, well, too obvious. So, here’s why Bordeaux, Riga and Ljubljana are all great alternatives to a Paris city break and all its charms.
READ MORE