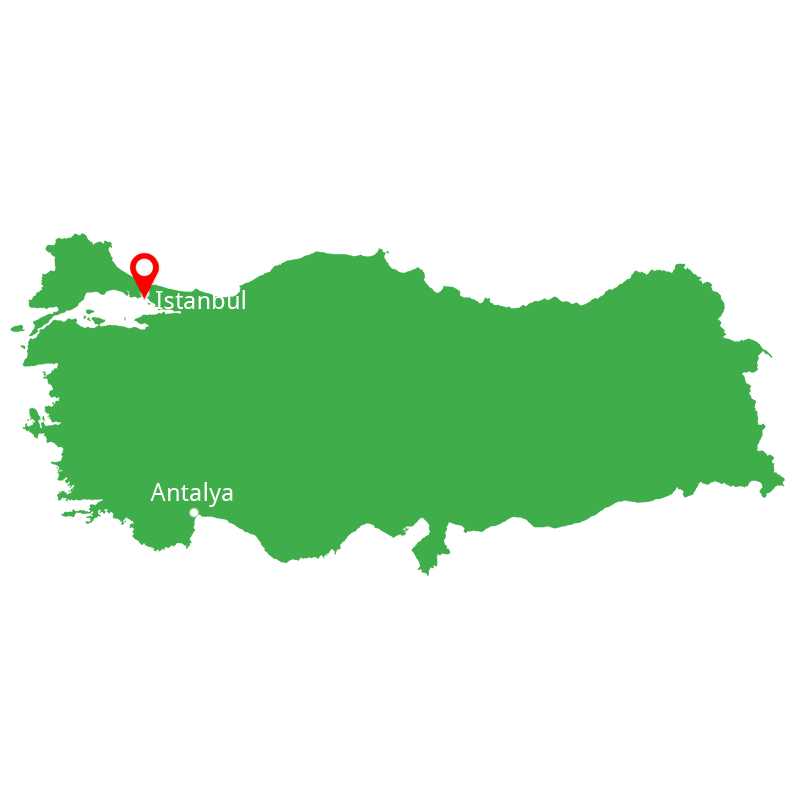 Highlighted as the European Capital of Culture in 2010, Istanbul has so much to offer anyone who chooses to explore this part of Turkey. The city was known as Constantinople for over six centuries and at one point it was even the capital of four different empires, including that of the Romans and the Ottomans. It is also a little-known fact that, whilst Turkey is the only country in the world to be situated at the convergence of three different continents, Istanbul itself is the only city to be part of two: Europe and Asia.

Today Istanbul is not only the largest city in Turkey, and fifth largest in the world by population, it also operates as the financial, cultural and economic centre of a country that has such a rich and vibrant history.

Some specific areas, such as archaeological park and the Zeyrek area, have been added to UNESCO's list of world heritage sites; the regular creation of new buildings blends in perfectly with those that have great historic importance and regularly draw in crowds of tourists.

The Topkapi Sarayi was the centre of the Ottoman Empire for more than four centuries. The huge palace is divided into four courts, which impresses every visitor.

The At Meydani, an Egyptian obelisk, is also worth seeing on a trip to Istanbul. Take a look at the Bozdogan Kemeri, an aqueduct with a length of 800 metres.

Ayasofya is the church of the holy wisdom, which is more than 1,400 years old. The city's landmark makes an impact on all visitors with its red shimmering walls, huge interior space and exhibits.

The observation tower Galata Kulesi has a fantastic view. The tower was built in 1348 from the Genoese colony, has a height of 62 metres and offers a restaurant as well.

The Bosporus tour offers a wonderful possibility to discover the area by boat. The Bosporus, 33 kilometres in length, connects two continents and two seas. Its narrowest point is between the Rumeli and Anadolu fortresses.

Breakfast is not very common in the region. Nevertheless, the charming cafés in the city provide warm toasts and delicious coffee and tea.

Lunch is also not very important, but dinner is the main meal for all the city's inhabitants. Visitors should definitely try the fresh fish and follow it with baklava for dessert.

The Changa is one of the most famous restaurants in the city. It has received several awards for being one of the top 50 restaurants in the world - it surprises with the combination of modern and traditional Turkish cuisine. The highlight is the restaurant's glass roof, through which guests can watch the chef and the team preparing their dishes.

The Pescatore specialises in fresh fish and shellfish. If the weather is fine, the delicious seafood can be enjoyed on the terrace with a wonderful view overlooking the sea.

The Café Ara, established by a filmmaker, has often been a haunt for people from the film industry. Short film screenings and photo and art exhibitions take place in this cultural café.

Istanbul is the city of shopping. Countless shopping malls, bazaars, markets, outlet centres and concept stores are to be found in the megacity.

The largest shopping centre is the Capitol. The huge complex houses numerous stores, an entertainment centre with a cinema and lots of cafés and restaurants. Furthermore, it is open daily from 9am to 10pm.

In the Akmerkez centre, over 140 designer shops offer their exclusive fashion and jewellery.

The Kapali Carsi, the big bazaar, is located at the heart of the old city centre. It has 17 entrances and is sorted by the different businesses; every craft has their own quarter.

Istanbul is especially popular for its excellent gold prices, as is Turkey in general. Beautiful jewellery and accessories can be found at antique markets such as the Eskidji bazaar or in the shop Abdullah.

Discover more
Did you know?
Unique City
Special Events
Discover seasonal events
No items found.
No items found.
Stay at Local
Maritim Hotels
Our preferred European hotel partner
No items found.
Subscribe to our Tours & Land Holidays offers
JOIN NOW
Thank you! Your submission has been received!
Oops! Something went wrong while submitting the form.
Book Your
Excursions
By clicking an excursion below, you will be taken to the website of our booking partner Viator. Viator is a TripAdvisor company and reservations made using this link will be made directly with Viator. Full terms and conditions apply.
Inspiration & Advice
Our Blogs
Find plenty of tips, advice and news stories in our weekly blog posts.
Three Ways To Enjoy A Holiday To Turkey As The Country Bounces Back
Following the troubled times of two year's ago, Turkey is bouncing back and is set to see a record year for tourism. Here are just three different ways you can discover this fascinating country.
READ MORE