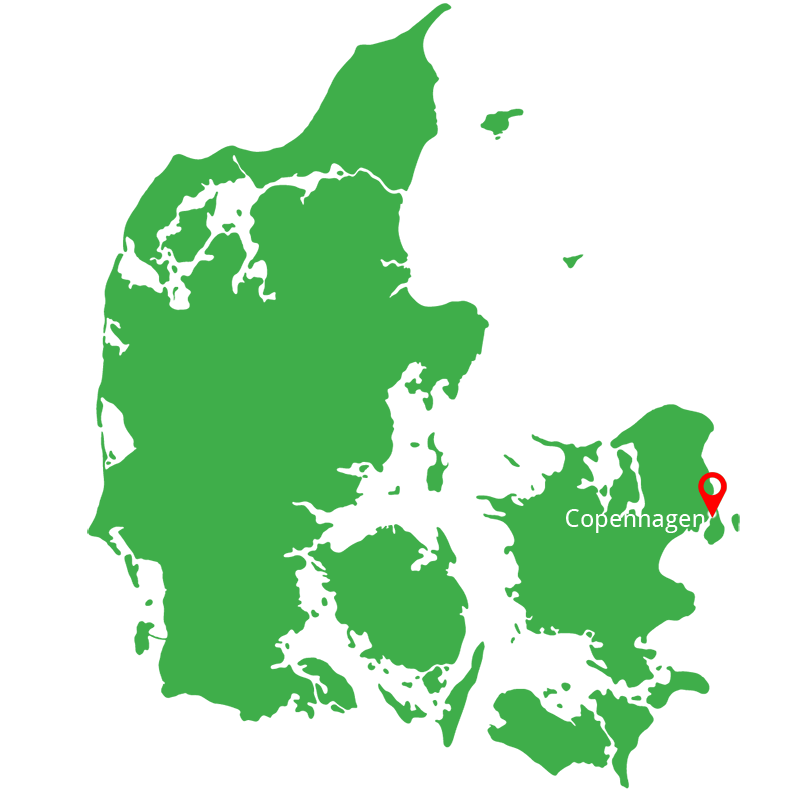 Situated in a picturesque setting by the Øresund strait, Copenhagen has a wealth of magnificent castles, historical buildings of the baroque and renaissance ages and the world famous statue of the little mermaid, "Lille Havrue".

Discover one of the world's oldest amusement parks, Tivoli Gardens, and the 300-year-old docklands Nyhavn with its beautiful coloured townhouses - a wonderful interaction of the modern life in the city with the fantastic old scenery.

After a long shopping day, the superb cuisine of various Michelin starred restaurants or quaint little cafés in the city are the perfect places to relax and unwind.

It is even possible to swim in the harbour; the Copencabana on Vesterbro or Havnebadet at Island Brygge on Amager offer great possibilities to enjoy the sea between June and August.

For a more in-depth look at the city, check our budget-busting list of things to do in Copenhagen.

Amalienborg Palace is the main residence of the Danish Queen and one of the best works of Danish Rococco architecture. Two of the four palaces of the royal residence are open to the public. The Danish Royal Guard marches from Rosenborg Castle at 11.30am daily through the streets of Copenhagen.

Christiana, founded in 1971, is the free city within the city. The best way to explore this artistic quarter with its galleries, eco-restaurants and music venues is a personal tour with one of its residents.

The "Lille Havrue", or little mermaid, is the city's landmark on the Langelinie harbour. The statue has been situated on the promenade since 1913 and was given to Copenhagen by the Carlsberg brewery founder, Carl Jacobsen, as a gift.

Gain an insight into the Danish arts at the Ny Carlsberg Glytpotek which houses impressive collections of ancient and modern art. The museum was also founded by the brewer Carl Jacobsen in 1888 and houses Egyptian, Greek, Etruscan and Roman art and Danish painting and sculpture from the 19th and 20th centuries.

One of the main attractions in Copenhagen is the Carlsberg Brewery. Founded in 1847, the former old brewery is now a modern centre covering 10,000 m² with a unique interactive exhibition. After a one and a half hour tour, the delicious beer can be tried at the in-house bar.

The main road, Strøget, is the world's longest pedestrian street. Shops, restaurants and several of Copenhagen's beautiful sights and attractions are located here including the Church of Our Lady (Vor Frue Kirke), where Crown Prince Frederik and Crown Princess Mary were married, and the Helligåndskirken.

If you have time, book tickets for one of these classical performances. In the summer, they offer outdoor concerts in Tivoli Gardens, which are amazing and highly recommended.

Enjoy top music at the contemporary Copenhagen Opera House. If you want to snack before the show, stop by the Opera Café, serving sandwiches, salads, and light Danish specialities.

Jazz is a huge part of the city's culture, peaking at the annual Jazz Festival. Shows begin relatively late at around 8:30pm. The live concert hall transforms into a dance club around midnight on Friday and Saturday.

Insider Tip: Copenhageners like to go out late! Don't enter a club before midnight or you could be dancing alone.

Dine out on the fashionable Pilestroede, the heart of Copenhagen's buzzing restaurant quarter, just off the Strøge. Or dine outside on the quay at picturesque Nyhavn.

During a stay in Copenhagen, try the unique smørrebrød (literally "butter bread", or open sandwich). Herring, raw beef, seafood and egg are just a few of the accompaniments eaten with the delicious bread. The best places to enjoy the famous smørrebrød are the Aamanns Etablissement, where innovative interpretations of the classical bread are served, or the restaurant Ida Davidsen where over 250 smørrebrød can be found on the menu.

For those with a smaller budget, the Riz Raz offers a great vegetarian buffet, as well as an extensive menu with reasonable prices.

The Brewpub Kobenhavn serves over 11 different beers from microbreweries and larger establishments. Light meals and snacks can also be enjoyed.

In the end of August, Copenhagen opens its doors to the food festival. Specialities from the whole world are served there.

The Nyhavn Ferry Inn is located near the harbour and has a long tradition and many loyal fans (Danish and French cuisine).

This Café is set directly on Copenhagen's most central square, close to the posh dining terrace of Hotel d'Angleterre.

One of the best Danish cuisine restaurants in the capital.

Copenhagen is a perfect city for all shopping lovers because most of the important shops are easy to reach by foot.

The most famous shopping facilities can be found on the pedestrian shopping street Strøget and Købmagergade with several small boutiques.

The Shopping Centre Fisketorvet has a lot to offer. Shops, cafés and restaurants and even a cinema provide everything needed for a perfect shopping day in Copenhagen.

Flea markets are also very popular in the city. The most popular ones are located on the Frederiksberg and on the Israels Plads. Another one is the Gammel Strand which is in a unique canalside setting and home to outdoor coffee shops. The season for these markets begins May and ends in October.

Copenhagen’s famous son, Hans Christian Anderson, lived in three different houses on the Nyhavn. Numbers 18, 20 and 67 were all home to the great author at one point or another.

Unique City
Special Events
Discover seasonal events
Copenhagen Christmas Market
Copenhagen Christmas markets provide family holidays and romantic couples breaks to traditional European Christmas markets.
Find out more
No items found.
Stay at Local
Maritim Hotels
Our preferred European hotel partner
No items found.
Subscribe to our Tours & Land Holidays offers
JOIN NOW
Thank you! Your submission has been received!
Oops! Something went wrong while submitting the form.
Book Your
Excursions
By clicking an excursion below, you will be taken to the website of our booking partner Viator. Viator is a TripAdvisor company and reservations made using this link will be made directly with Viator. Full terms and conditions apply.
Inspiration & Advice
Our Blogs
Find plenty of tips, advice and news stories in our weekly blog posts.
6 Alternative Palaces To Visit In Europe
Palaces such as Versailles, Schönbrunn, Sanssouci are all breathtaking royal residences, but they are not the only ones worth visiting in Europe.
READ MORE
5 Dishes To Try When Visiting Denmark
Few of us can afford to eat in the fine-dining restaurants that Denmark is famous for on a regular basis, so here are some delicious dishes you’ll find all over Denmark.
READ MORE