The world's most popular beer festival has everything you need for a good time, whether you are travelling in a large group or with a couple of mates. Iconic steins can be seen overflowing with many varieties of the local brew, whilst men and women in traditional lederhosen and dirndls mix with the revellers, offering pretzels and other snacks.

If you have never been to an event like this before, perhaps this is the year to experience your first Oktoberfest. You can guarantee a fantastic atmosphere at this Munich beer festival, with everybody in a great mood, and it is sure to be a trip you will reminisce about for years to come.

Proceedings start with the tapping of the first barrel, before the traditional costume parade through the streets on the Sunday. What follows are two weeks of making new friends, enjoying the entertainment on offer and, of course, drinking. Finally, things are brought to a close with the customary gun salute on the penultimate day. During Oktoberfest, there is a rule is that everyone at the table drinks together and all glasses are clinked before drinking, so one word of German you might want to learn is 'Prost!', meaning cheers.

It is not just about the numerous beer tents, though, as the festival also features a whole host of attractions such as fairground rides and games. Expect to hear plenty of traditional oompah music and to be given the chance to taste a range of different sausages known as wursts. There's also a great focus on families, with designated days on which the rides and attractions are cheaper.

If you are looking for alternative beef festivals in the area, why not try Munich Strong Beer Festival. 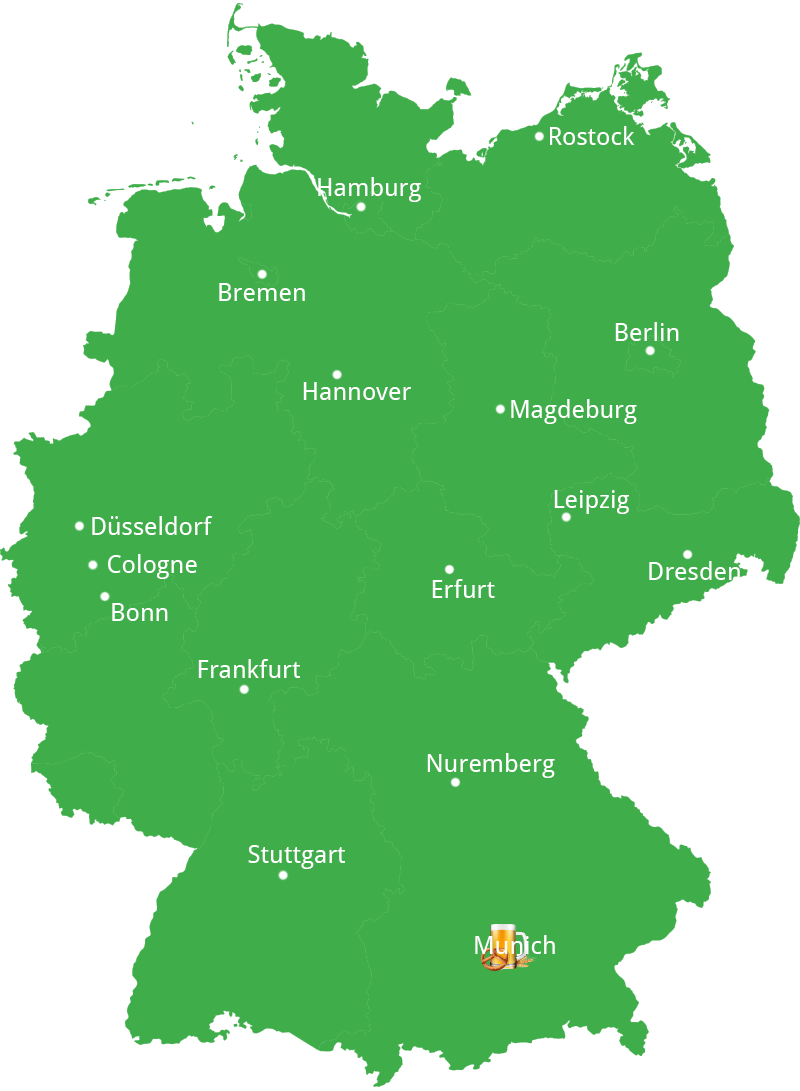 Visit Other
Nearby Festivals
Munich Strong Beer Festival
Described as the insider's Oktoberfest, the Munich Strong Beer Festival Season starts during Lent at the end of Carnival season and lasts for about four weeks.
Find out more
Stuttgart Beer Festival
The Stuttgart Beer Festival is the second largest in Germany after Oktoberfest. Its popularity increases as more people from all over the world come to visit.
Find out more
Stay at Local
Maritim Hotels
Our preferred European hotel partner
Munich
Subscribe to our Tours & Land Holidays offers
JOIN NOW
Thank you! Your submission has been received!
Oops! Something went wrong while submitting the form.
Read Some
Related Blogs
Find plenty of tips, advice and news stories in our weekly blog posts.
The Complete Guide To Oktoberfest
Although there are plenty of others to discover throughout Germany, Oktoberfest is still the country’s premier beer festival. Here is everything you need to know to enjoy this bucket list beer experience.
READ MORE
Everything You Need To Know About The Best German Beer Festivals
Beer festivals take place all over Germany throughout the entire year. Here is everything you need to know about some of the best events the country can offer.
READ MORE
5 Things That You’ll Find At Munich’s Starkbierfest
Munich's Starkbierfest is held in February and March and is the perfect alternative to Oktoberfest.
READ MORE
Three Cheers For A Festival Of Beers
There are plenty more european beer festivals besides Oktoberfest and so why not consider one of these excellent options.
READ MORE